Enjoy a sense of Japan in Biei.

Historically speaking, Hokkaido has only recently become a part of Japan, officially annexed into the country in the mid-late 1800s. This means that across much of the region, it can be hard to find things that are more symbolic of Japanese culture. Temples or shrines, craftsmen versed in traditional arts or even things like kimono or cherry blossoms are quite rare, here! However, you can find traditional Japanese culture in Hokkaido-- if only you know where to look...

With a history of only 120 years, you might think that Biei too doesn't have much to offer in terms of traditional Japanese culture. In fact, nothing could be further from the truth!

Many first-time visitors to Japan are very interested to see beautiful Buddhist temples, Shinto shrines and other religious scenery.

Would you believe it? We have plenty of that in Biei! 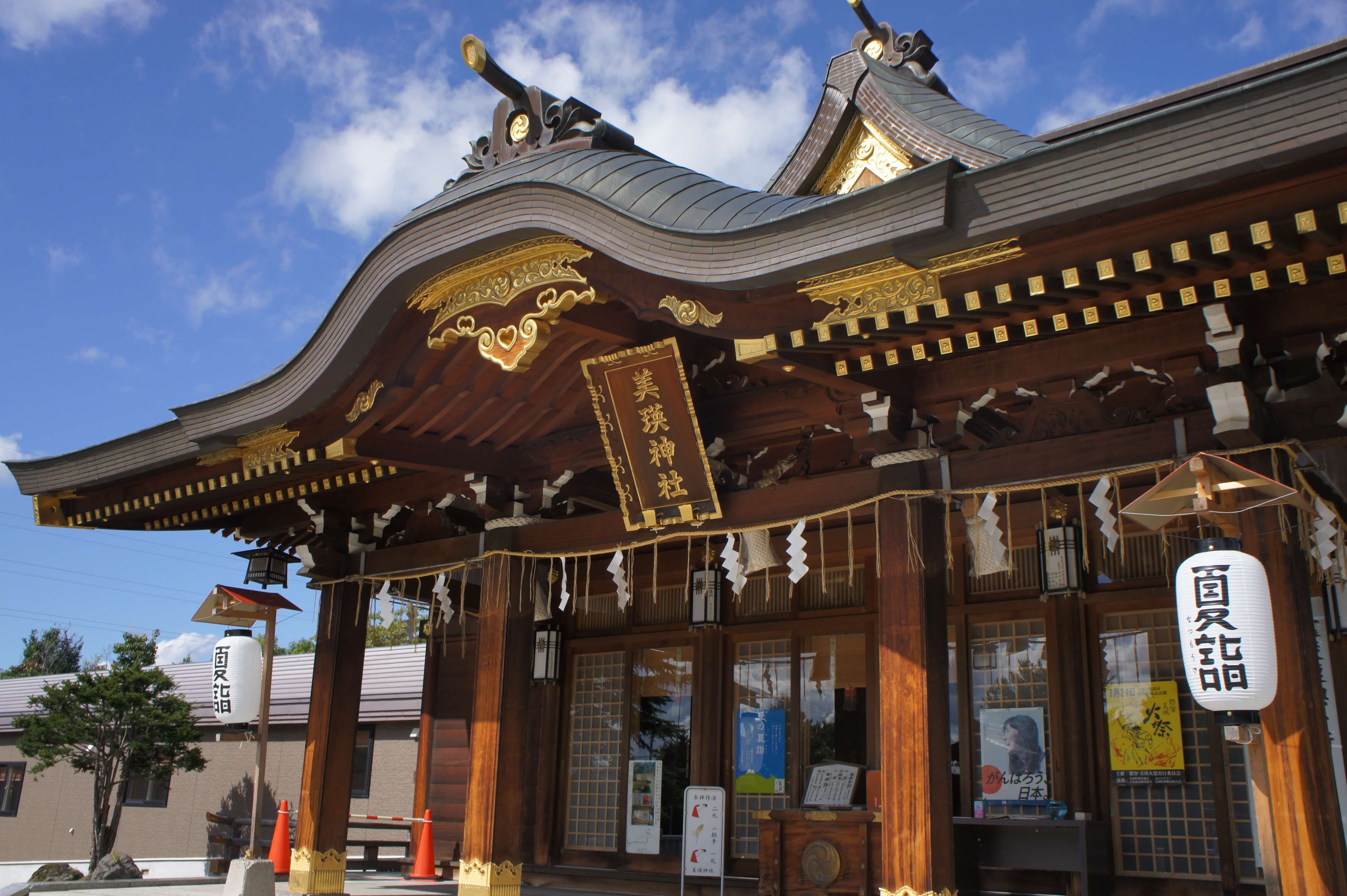 What's more, Biei shrine has a special connection with some of the most important Shinto shrines in Japan.

There are three shrines in Kumano, Wakayama prefecture said to be where, according to Shinto, the sun goddess Amaterasu's great grandson Jinmu unified Japan and became the first Emperor. As such, it is a spiritually significant region that is very important to Shintoism. When Biei was first settled in the 1890s, 27 of the settling families were from Wakayama and followed the Kumano religion. A young man from Wakayama founded the original Biei Shrine in an old oak tree, inspired by the spirits of the ancient Kumano shrines and Kumano religion. 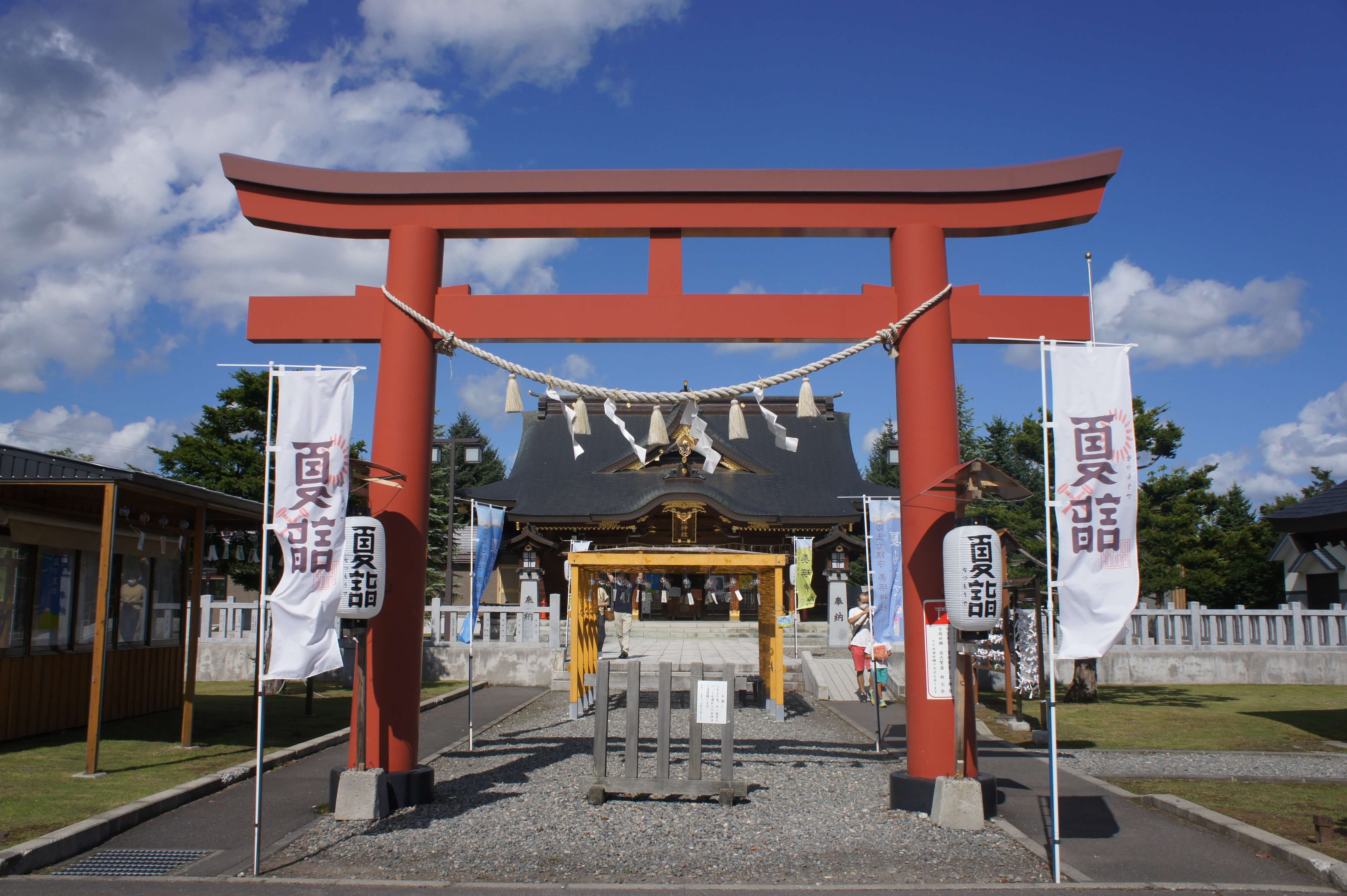 Fun fact: You can tell the difference between a shrine and a temple based on the presence of a vermillon "torii" gate! If there is one of these magnificent gates at the entrance, then you may be sure it's a Shinto shrine.

It's amazing to think that our humble Biei shrine has roots with somewhere so important in Japanese mythology! If you would like to experience a slice of traditional Japanese culture while in Biei, do visit our lovely shrine! 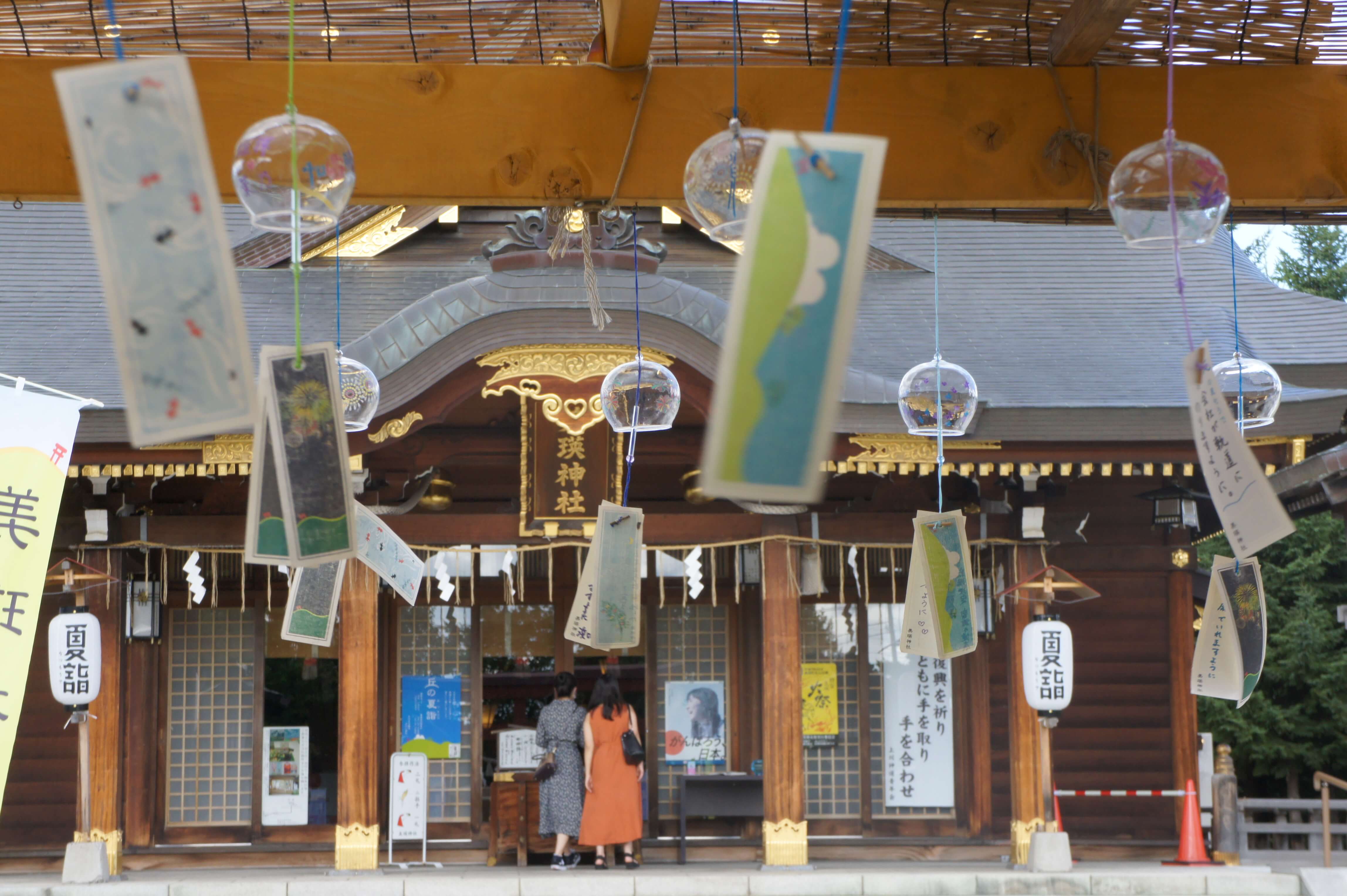 Our shrine isn't the only sacred scenery you can find...

A Buddhist statue? In the middle of a forest?! Surely this is the sort of scenery you'd expect to find in Honshu, not Hokkaido!

This is the forest that approaches Fudo-no-Taki Waterfall, halfway between the Blue Pond and Shirogane Onsen. These statues are in fact monuments in honour of the 144 lives lost in the 1926 Mt. Tokachi volcanic eruption. To this day, relatives of the deceased still leave offerings at the altars.

The statues at the waterfall basin are dressed with colourful red bibs by kind strangers. Traditionally, giving a monk winter clothes was considered a good Buddhist deed and red is a colour that wards away evil. 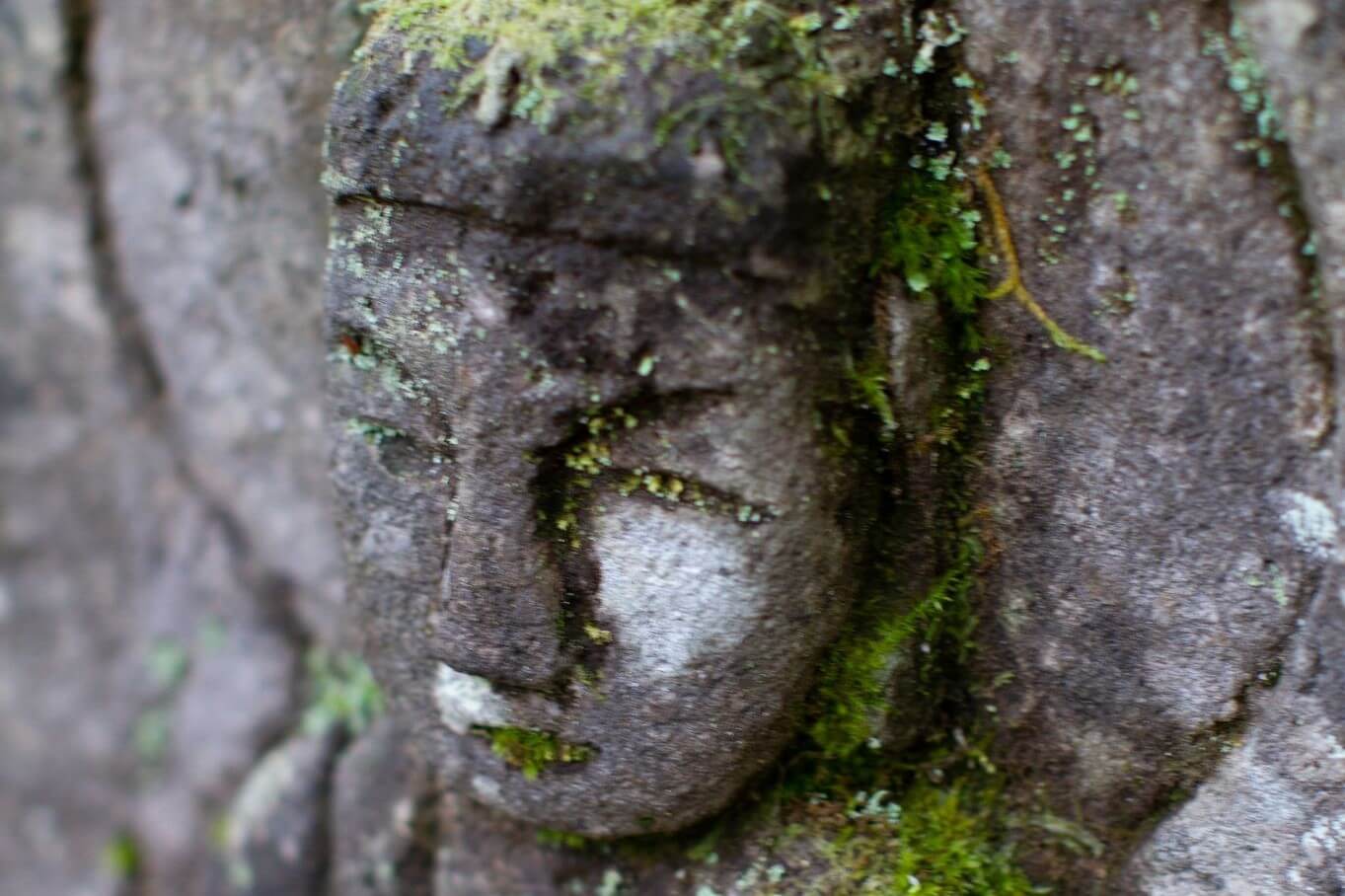 Moss-covered Buddhist statues are a rare thing in Hokkaido! Access
2km drive from Roadside Station Shirogane Biruke. Please note that there is no parking lot at the waterfall. Please ensure that your vehicle does not obstruct the road. Bears also appear in this forest during the summer.

Have you heard of "tenugui"? They are a craft with a history going back over 500 years. These cotton towels have been used over centuries to dry hands, wipe brows, or even to carry possessions! 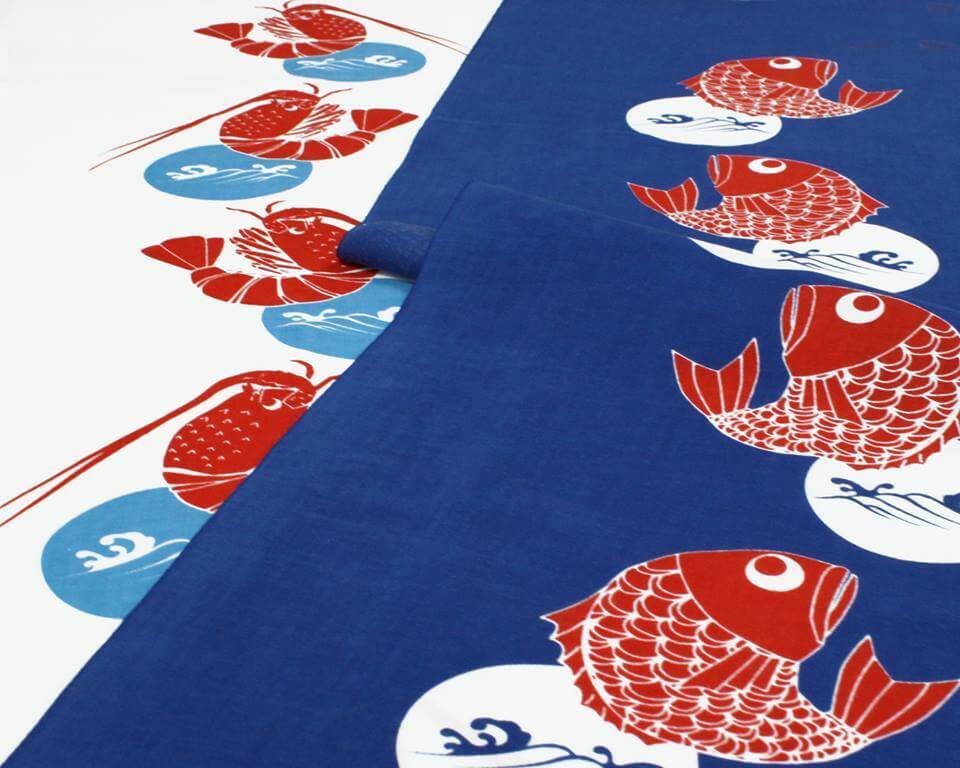 This Tenugui is designed with a sea bream, symbolic of congratulations in Japan.

As they became more popular, many artisans started to come up with beautiful designs for tenugui. While they fell out of favour when disposable paper and plastic came along, recently they have started to make a comeback given a demand for reusable, eco-friendly products.

Here in Biei, we are very intimate with this traditional Japanese craft thanks to Yoshie Sasaki, the second-generation owner of Suzuran, Biei's oldest coffee shop. 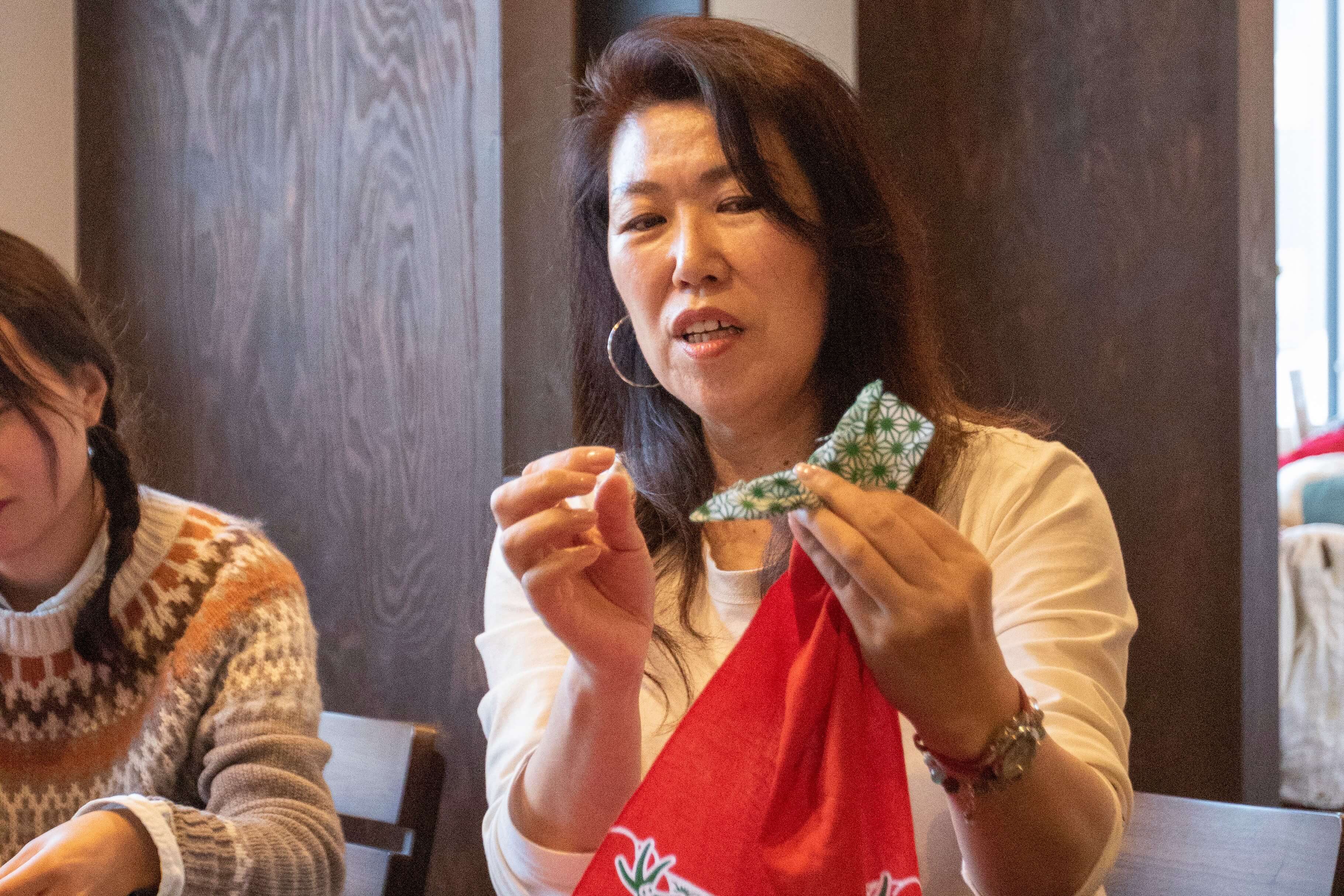 Ms. Sasaki designs unique tenugui that she sells at the coffee shop. She loves to make creative patterns-- both modern and traditional-- to represent the changing seasons. Some designs also feature Biei's sightseeing spots, like the Blue Pond! During the 2020 Covid-19 Pandemic, Ms. Sasaki also creatively repurposed many tenugui as masks. What a versatile piece of fabric! This is the traditional dyeing technique used by the craftsmen to dye Ms. Sasaki's tenugui! This design is overflowing with lucky Japanese motifs! Turtles, cranes, Mt. Fuji and the colour red are all auspicious!

In Biei, you can get hands-on with this traditional Japanese craft! Visit Suzuran Coffee Shop to meet Ms. Sasaki herself and learn more about tenugui and try a special cultural activity... 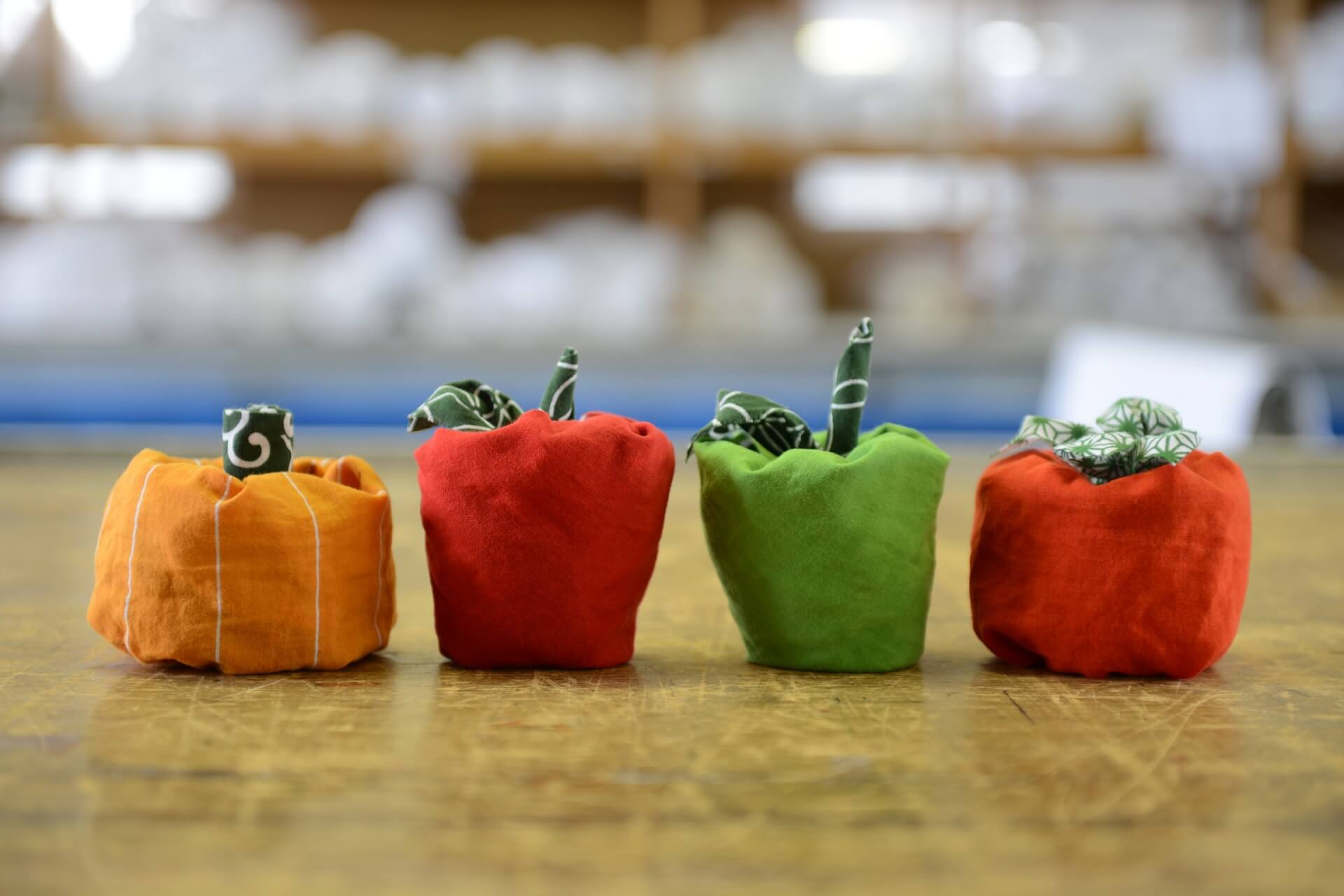 Duration
Around 1 hour (including tea time)

Washoku, meaning "Japanese food", was declared a UNESCO Intangible Cultural Heritage of Humanity in 2013. As you've come all the way to Japan, we don't blame you for wanting to try it!

Luckily for you, here in Biei there are plenty of options for Japanese food!

When you think of Japan, the first thing that comes to mind is definitely sushi or sashimi, right? Well, there are many restaurants in Biei that specialise in tasty seafood! Kametsuru, Soba-Ten and Masa-chan Zushi, all near Biei station, offer some amazing fresh sushi and sashimi! 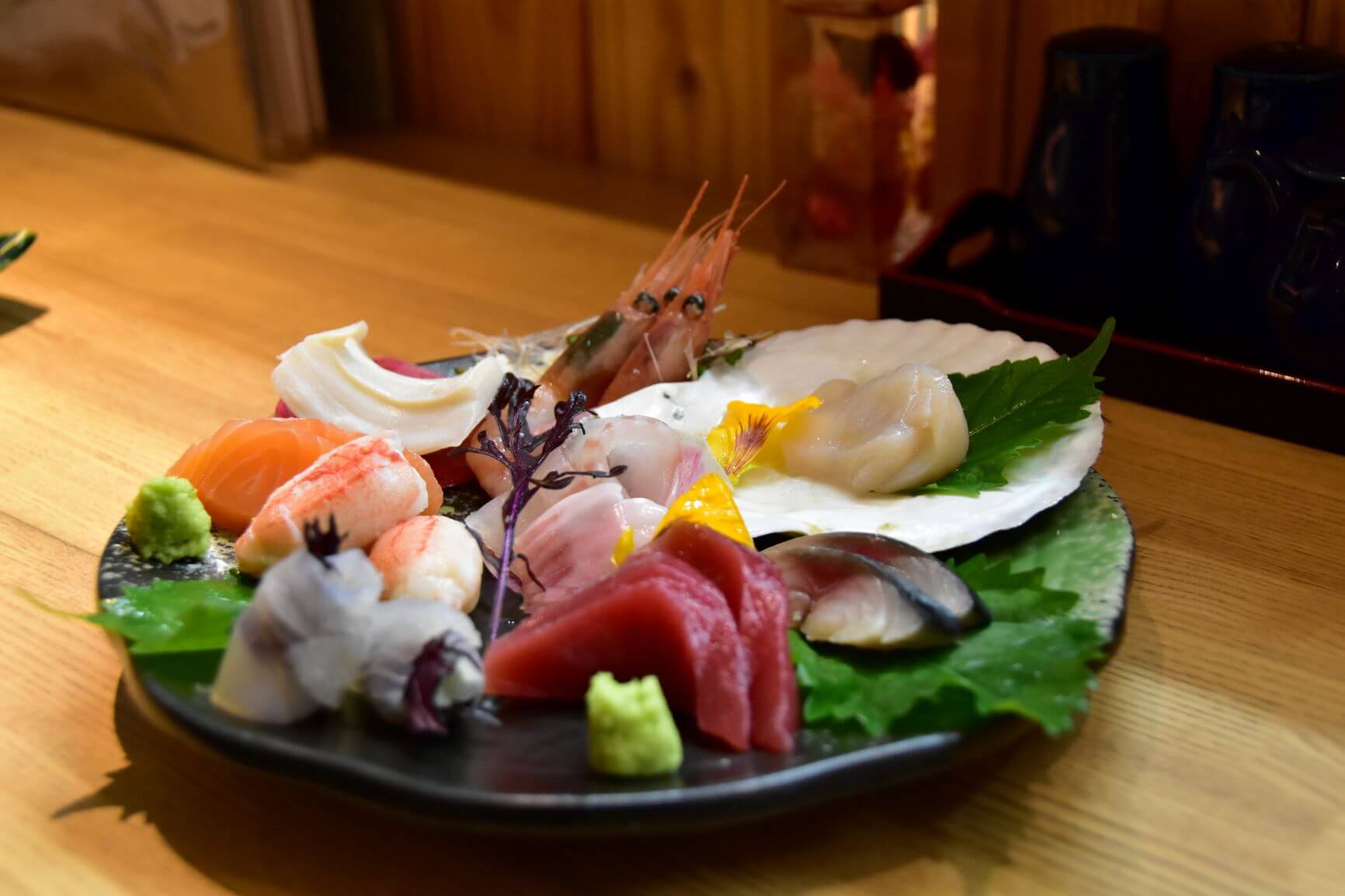 Another popular Japanese dish is tempura. Tempura is seasonal vegetables and seafood deep-fried in a crispy batter.

You can enjoy tempura at Kametsuru, too!

Tempura is also often served alongside soba noodles. Made from buckwheat grown in Biei, these light noodles are gluten-free and perfectly delicious! We highly recommend checking out Bikyu or Soba-Ten, both near Biei station, to try this popular Japanese dish.

But if you want a really traditional Japanese dish, then we highly recommend that you spend a night in Shirogane Onsen! Not only you can experience a stay at traditional ryokan-style Japanese accommodation, you can also enjoy the highest form of Japanese cuisine... delicious "kaiseki ryori"!

Kaiseki ryori is a multi-course meal compromised of several small Japanese dishes made with seasonal ingredients. This is a type of Japanese meal that has been served for centuries and outside of Shirogane Onsen, it's quite hard to find in Biei! It's a once-in-a-trip chance! 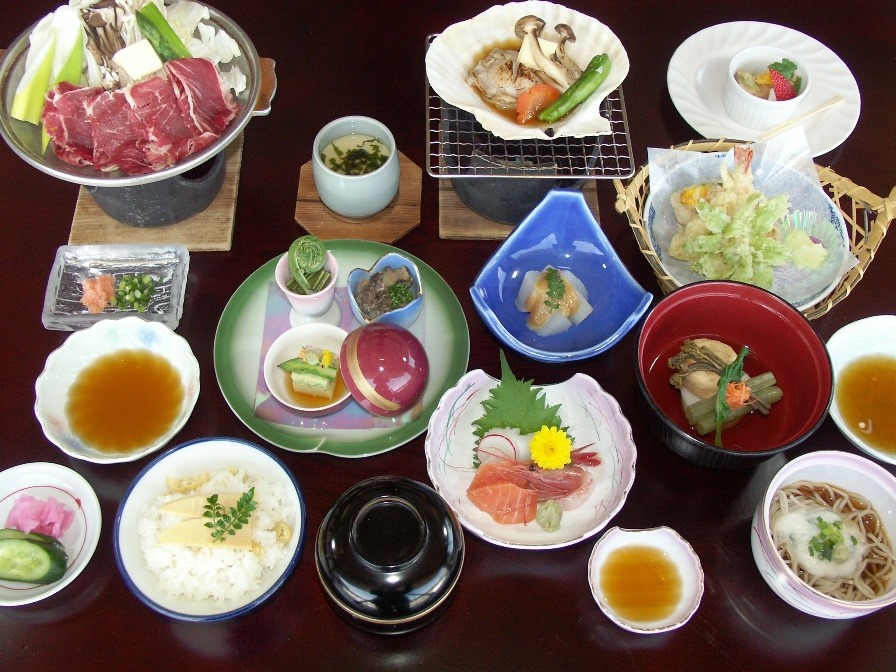 European scenery, Japanese at heart.
You can enjoy traditional Japan in Biei, too!