The history of Biei

Beautiful scenery that speaks to agriculture and led to tourism.

1 Formation of our Hills

The beautiful scenery of Biei's rolling hills dotted with tourists was formed by the accumulation of rocky volcanic matter and erosion by rivers, which formed the wavy lines of the hills. Hokkaido's founding fathers then developed the forests on these hills into farms. Farmers put in a lot of hard work in order to cultivate crops for the long term. Even today, agriculture remains Hokkaido's main industry. The enchanting view of the farming fields is beloved by a number of people.

Agriculture in Biei began in the Asahi area. Houses were built near water sources, flat landscapes were developed into rice paddies and crops were planted on the hillsides. Horses were essential for farmers for transportation and for business. It wasn't until 1983 that the crop rotation method was introduced. Crop rotation is the method where crops like potatoes, beetroots, beans, wheat and so on are systematically planted in certain sequences in order to preserve the nutrients in the earth and guard against disease. Thus, the scenery in Biei changes every year.

3 Why Did Tourism Take Off? 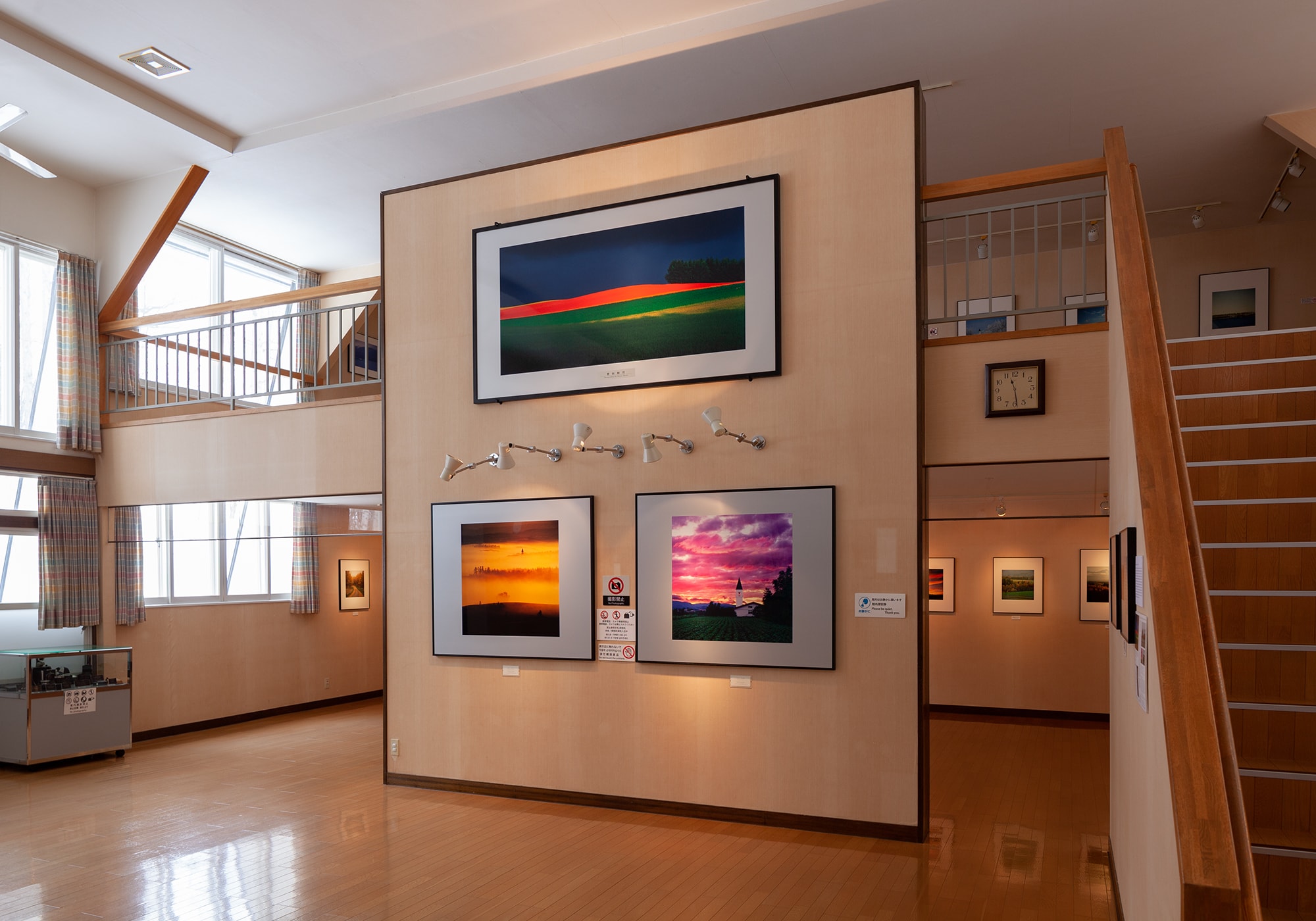 The late landscape photographer first visited Biei back in 1971. Europe sprang to mind as he gazed at the hills, and yet he found there was something different between the Japanese and European scenery. Other than his signature artwork, he took a number of photographs which helped to boost Biei's tourism. Today, you can see many of Mr. Maeda's photos at a permanent exhibition at the Takushinkan Gallery. 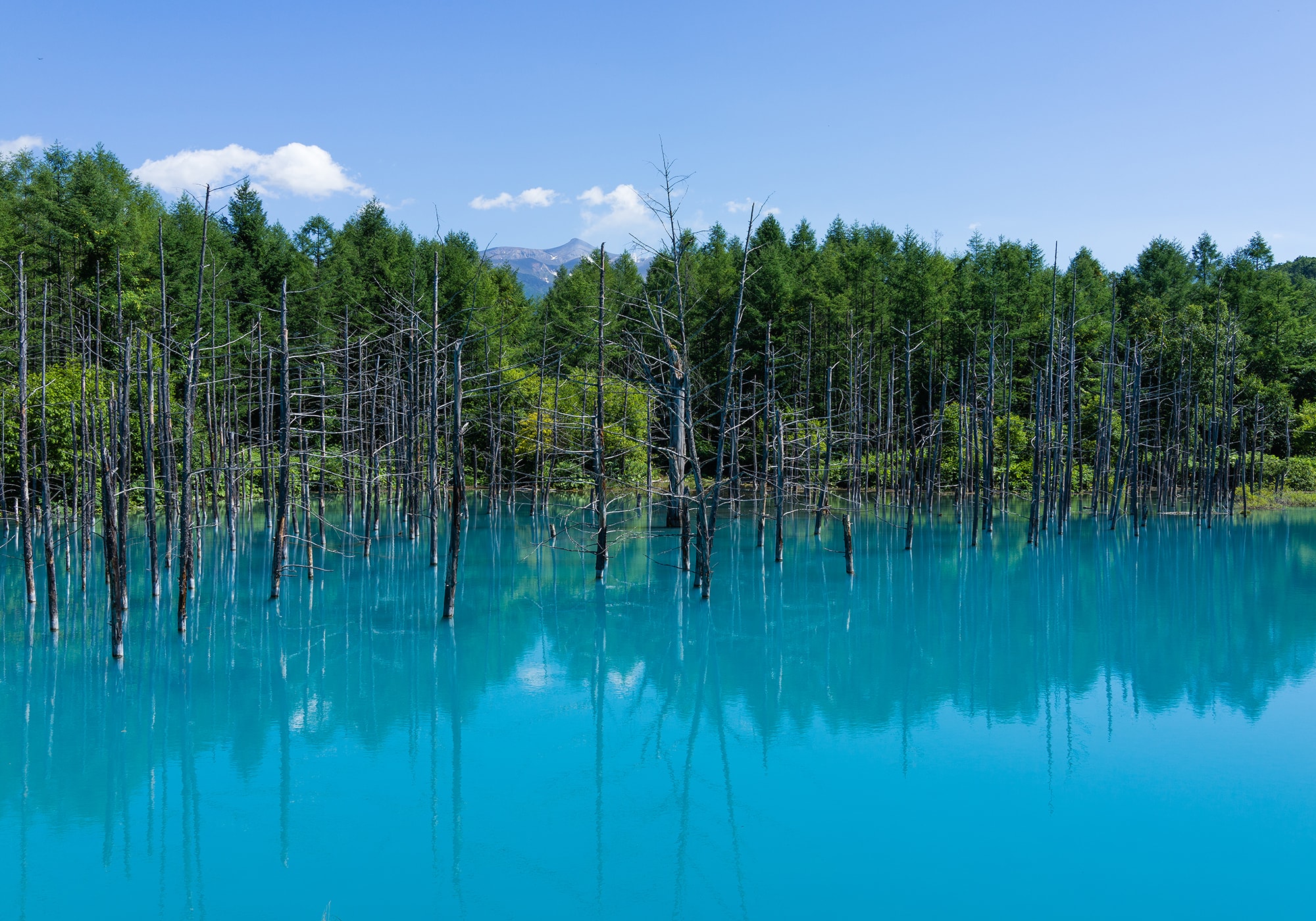 It all started with the famous Blue Pond

Apple used the Biei Blue Pond as a desktop wallpaper in 2012, sparking renewed interest in the area. Roadside station Biei Shirogane Birke was completed and opened its doors in 2018. Construction of new roads and parking around Biei Blue Pond are also coming to completion. The illumination event held during the winter season is also proving to be popular.

The Nonprofit Organisation, "The Most Beautiful Villages in Japan", began with seven towns and villages, including Biei, in 2005. In order to preserve Biei's culture and its environment, the organisation is now actively working on improving the region's economy and conserving its resources, using tourism as a means to bring in an income to boost this.

Prehistory to the Present

Monuments dating to the Jomon Period (roughly 14,000–300 BCE) or perhaps even earlier have been discovered in the Biei area. Thus, it is possible that there were humans already in Biei around ten thousand years ago. However, although humans may have been here, sadly there is no evidence that they settled. It is theorised that even the Ainu, Hokkaido's native indigenous group, may themselves have only ever used Biei as a hunting ground.

Ichitarou Matsuda, a soldier under the Tokugawa military government and Takeshiro Matsuura (an employee from the Hakodate Magistrate Office) came to Biei to survey the area.

Naozaburo Kobayashi, who came from Hyogo, brought 3 men with him who became pioneers and settled in Biei, starting with Asahi Farm.

Local laws inaugurated and employed across the town.

"The Tree of Ken & Mary" is used in an advertisement, boosting the tree's fame.

Takushinkan Gallery (celebrating the works of Shinzo Maeda) is launched.

Nonprofit Organisation, "The Most Beautiful Villages in Japan", is formed by seven towns and villages which includes Biei. Biei's Curry Udon noodles, the ingredients of which come from local produce, are introduced to the world.

Oka-no-Kura registered as a roadside station in 2007.