The wind blows, and the golden horizon shimmers… truly, this scenery is the soul of Biei.

Do you know that tune? It's the song that plays when a certain heroine from a popular animated film stands atop a golden plain. When you look out at Biei's wheat fields swaying in the gentle breeze, you can't help but think of this song! 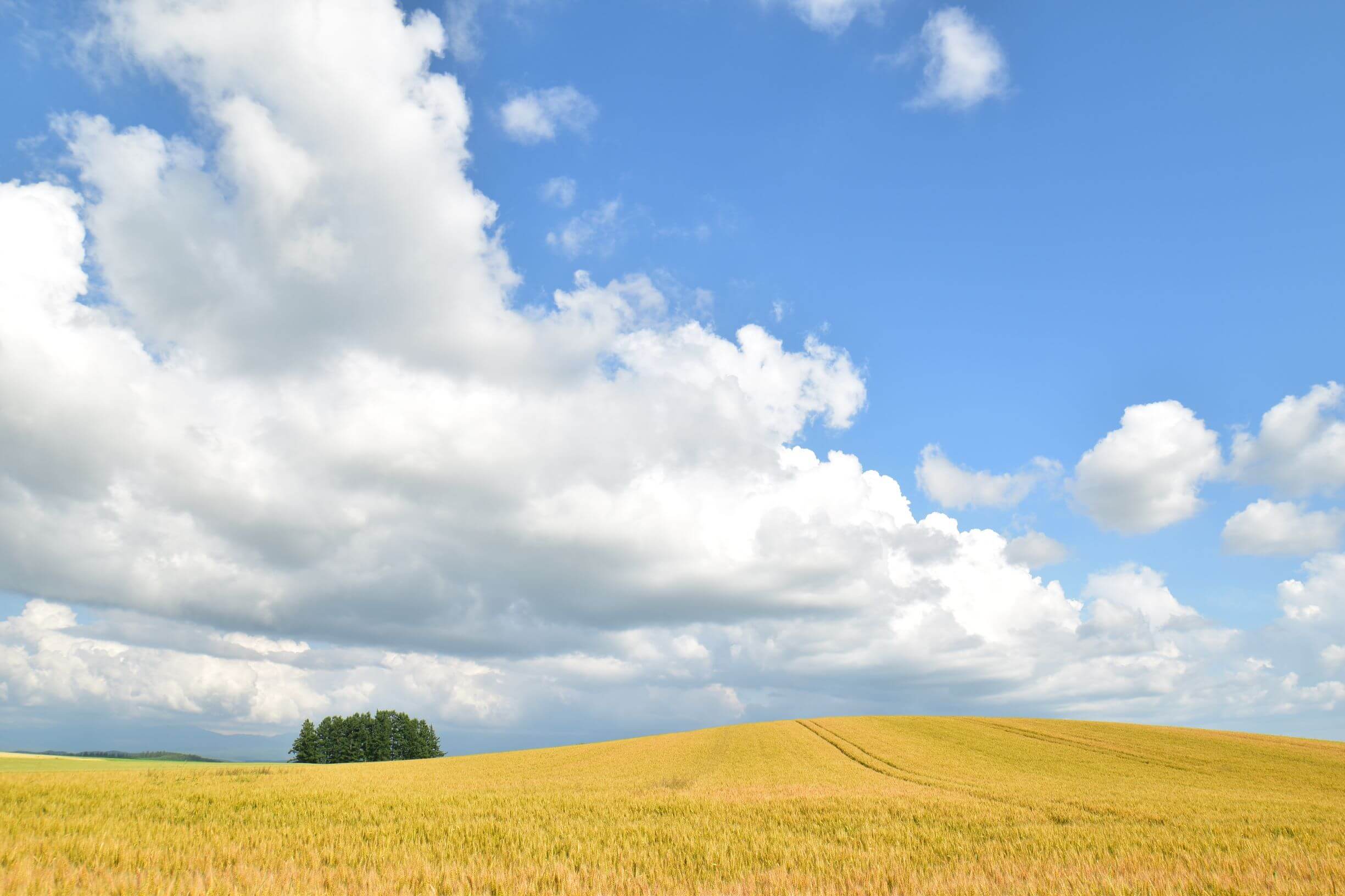 A scene of golden beauty.

Wheat is an important part of Biei's agriculture. It is one of the four main crops that make up Biei's crop rotation cycle, the others being potatoes, beans and sugar beet. This means, therefore, that it is also a part of the patchwork landscape that adorns Biei's hills every year. Let's learn about the charms of Biei's wheat!

○A Request from the People of Biei○
Please never ever set foot inside wheat fields.
Please only ever take photographs from paved roads.
Dirt roads next to the fields are also part of private agricultural land and are out of bounds to both cars and people.
You can take plenty of beautiful pictures from the asphalt. We politely ask for your understanding and cooperation.
Check out our Biei Tourism Etiquette movie, "The Secret of Biei's Beauty" to learn more.

Waves on the Land

In June, the wheat starts to grow tall rapidly, but at first it is green. From far away it's hard to tell if it is a wheat field, or that of another crop. However, if you watch the horizon long enough on a windy day, you can probably tell a wheat field by the way it moves…

It looks like waves on the sea! To think that here, in the mountain town of Biei, we can see some ocean-like scenery!

“But what's this? That field over there isn't moving in the wind!”

There is a reason for this, and that reason is the whiskers that grow out of the top of the ear of the wheat. Varieties with longer whiskers catch the wind as it blows and create a wave-like movement over the surface of the wheat. However, there are also varieties grown in Biei with shorter whiskers and these do not catch the wind. If you see a wheat field that doesn't seem to move with the breeze, it is most likely the short-whiskered variety. 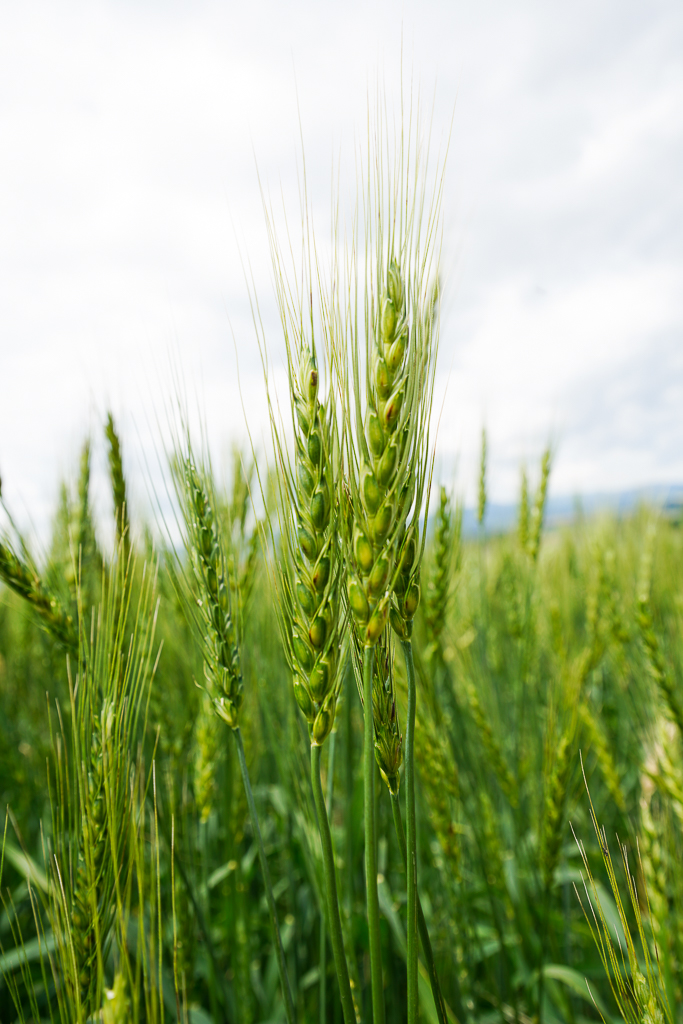 A long-whiskered variety that can swish in the wind... 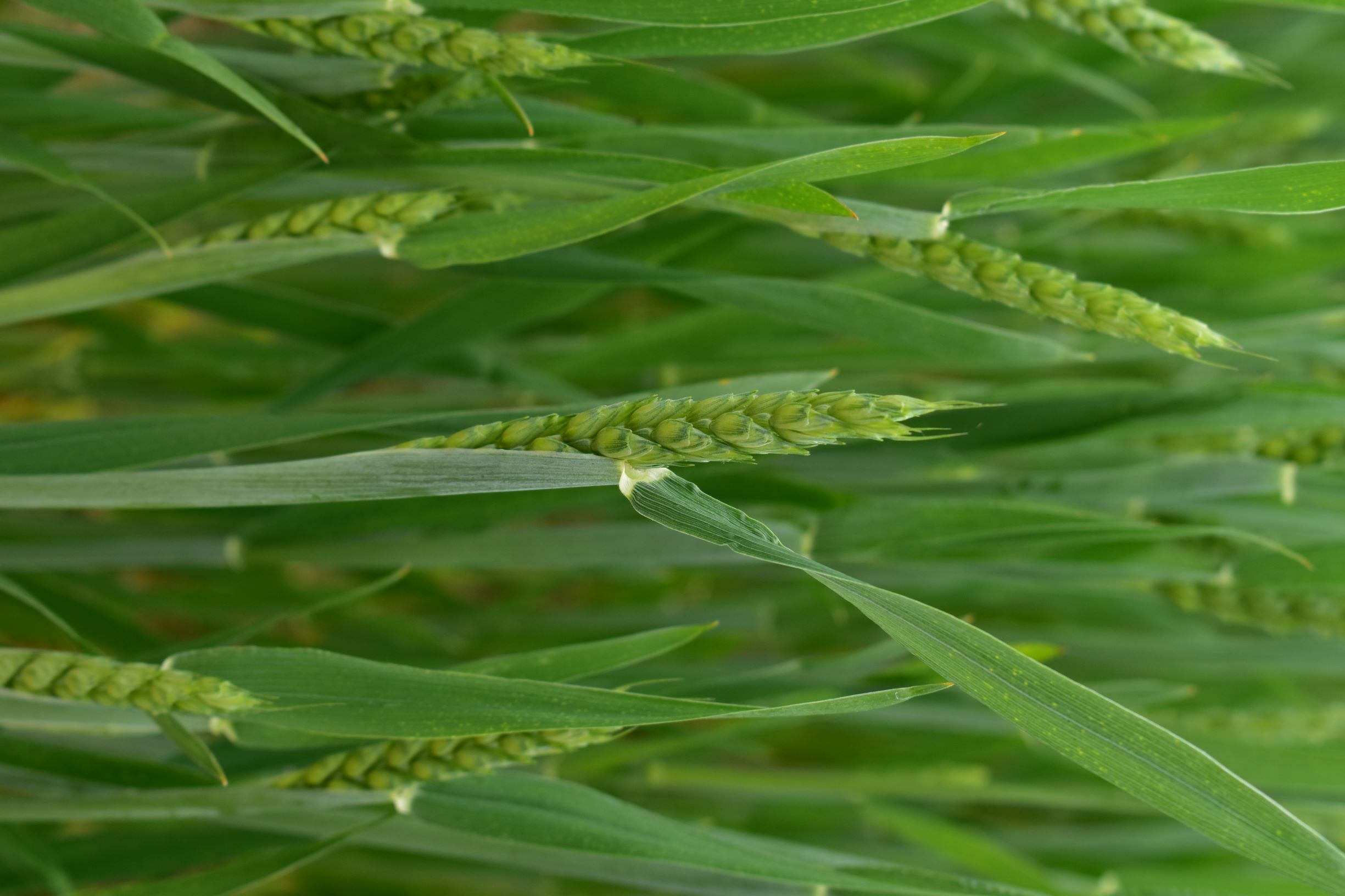 And a variety with shorter whiskers-- they look like caterpillars!

When it comes to their uses, long-whiskered varieties-- such as autumn-sown Yumechikara or spring-sown Haruyokoi-- contain more gluten and are best used in bread. Meanwhile, shorter-whiskered varieties like Kitahonami are popularly used in tasty Japanese udon noodles.

A Natural Gradation - Green to Gold

As the summer moves on, squares of Biei's green patchwork start to change from green to yellow and, finally, brown. Could it be that these are failed crops…?!

I see yellow and brown-- are the crops okay?!

Don't worry—these patches are simply Biei's wheat fields as they approach harvest. Throughout July, the wheat gradually becomes a deeper, more golden colour. Because Biei's farmers practice crop rotation, there is no telling which fields might be wheat fields in any given year, so both Biei's residents and visitors alike look forward to seeing where Biei's wheat fields will appear this year! 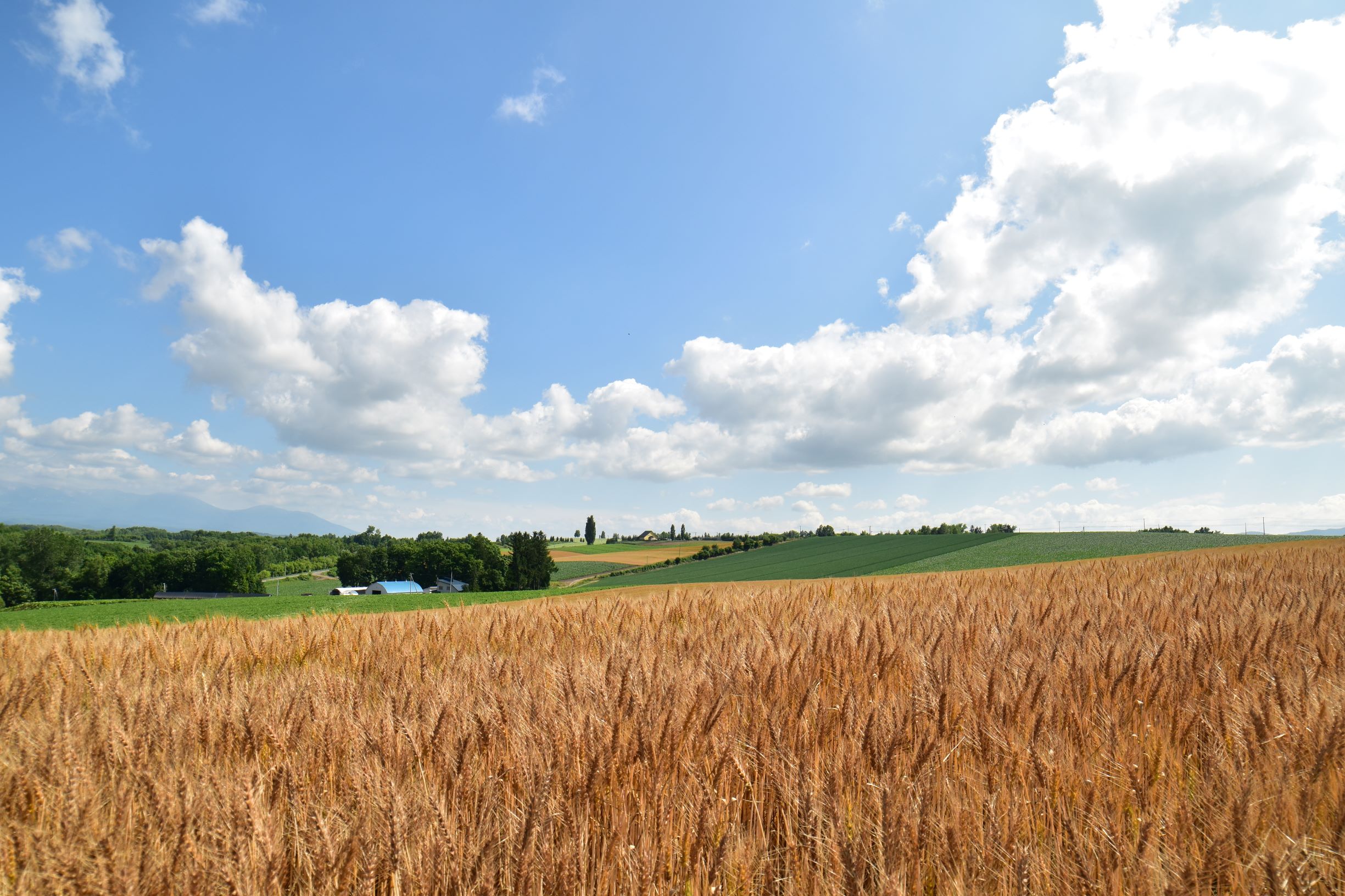 If you're lucky you might be able to see wheat against a backdrop of one of Biei's famous trees! Here you can see the Tree of Ken & Mary in the distance.

The way that Biei's wheat changes colour is also part of its charm.

Wheat sown in autumn (left) and wheat sown in spring (right) really highlight how much the colour changes!

Come the end of July, the wheat is ready for harvest. You might think that the charms of Biei's wheat stop with the harvest, but you'd be wrong!

What are these mysterious objects that appear in late July?

What are these roly-poly things? These are wheat hay bales!

When it is time for harvest, Biei's farmers use enormous combine harvesters to cut the wheat. The machine threshes the stems, removing only the grains from the ear of the wheat and deposits the threshed stems behind it. 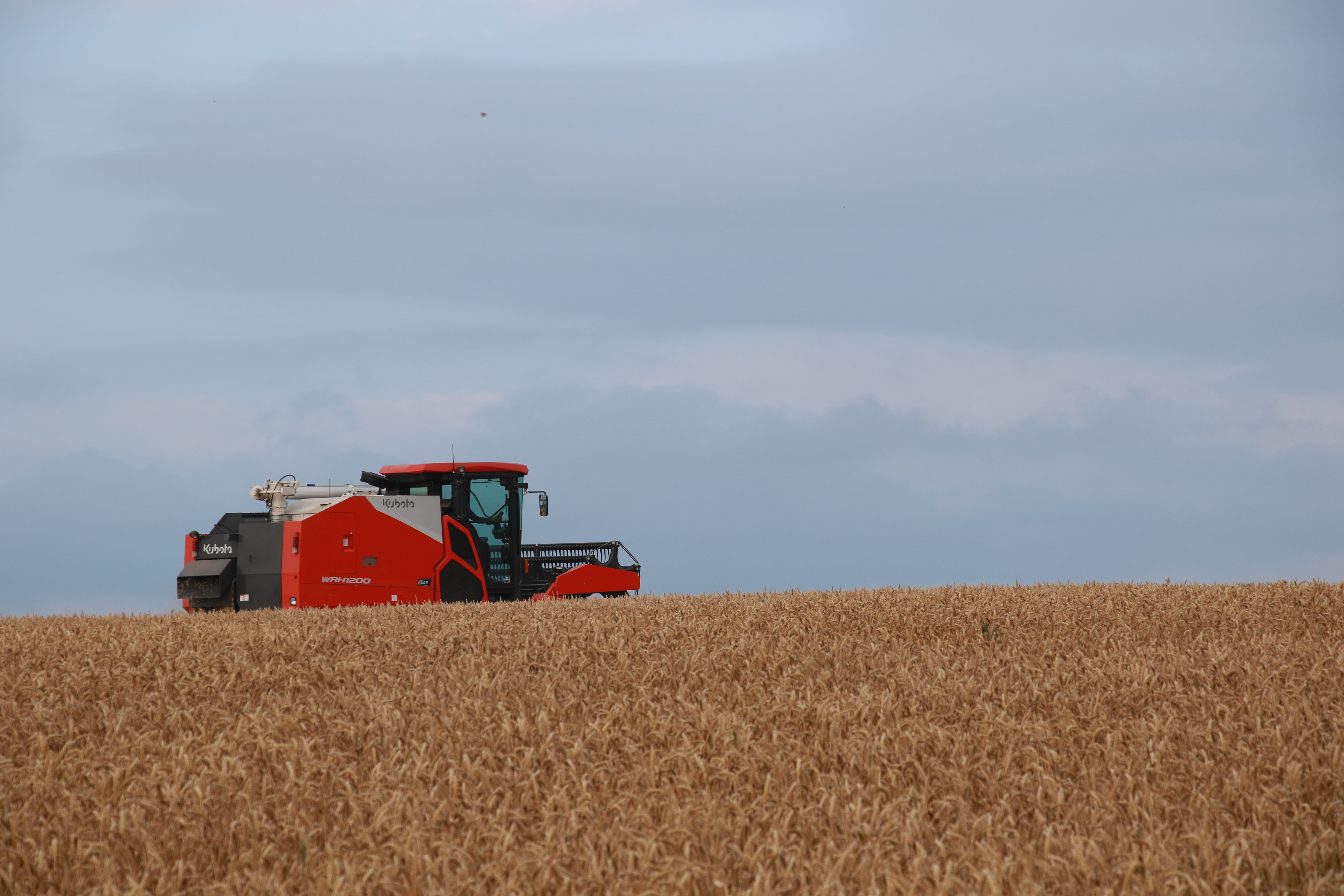 A combine harvester sets off

After leaving them to dry out for a couple of days, the farmers then use a tractor and a special machine to gather the discarded stems into a round shape, creating hay bales! These are taken away and put in storage, the dry, warm hay being used as bedding for Biei's livestock. 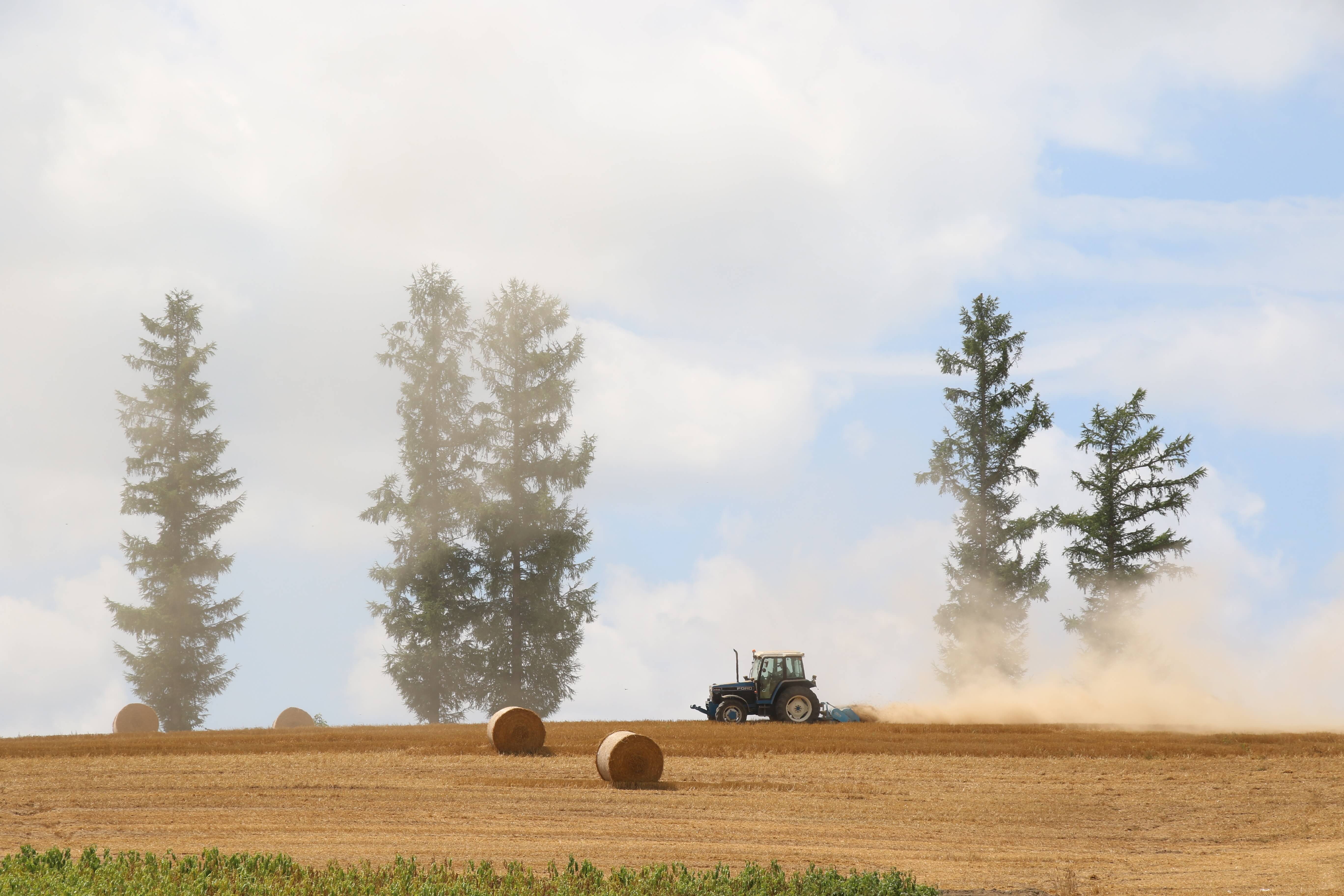 Ready to be taken away!

They are only visible on the hills for a short period from late July through August, but there is just something so charming about the sight of these cute, round shapes accenting the gentle curve of Biei's hills. So even after the harvest, the wheat continues to give us charming scenery in the form of hay bales!

Even though they are only made of hay, they weigh about 300kg!

It's not just about looks!

“But when the hay bales are gone and the wheat fields are empty, there surely can't possibly be any more charm left in Biei's wheat fields?”

That's not quite true. After we have enjoyed the visual charms of Biei's wheat, we can enjoy their charm from a more gastronomic perspective…

Biei's wheat is sent far and wide across Japan and used for various purposes, including flour! Across the hills, a number of Biei's bakeries and cafes use Biei flour to make delicious treats for their patrons. There is an expression in Japanese—“hana yori dango”—which literally means “dumplings over flowers” but its closest English equivalent is probably “substance is more important than style”. Many will agree that this is true of Biei's wheat—more so than being there for our visual enjoyment, it is only when it becomes food for our rumbling bellies that we can truly appreciate it!

If you would like to experience the taste of Biei wheat for yourself, then we recommend you visit one of the following bakeries, all of which use Biei wheat flour. 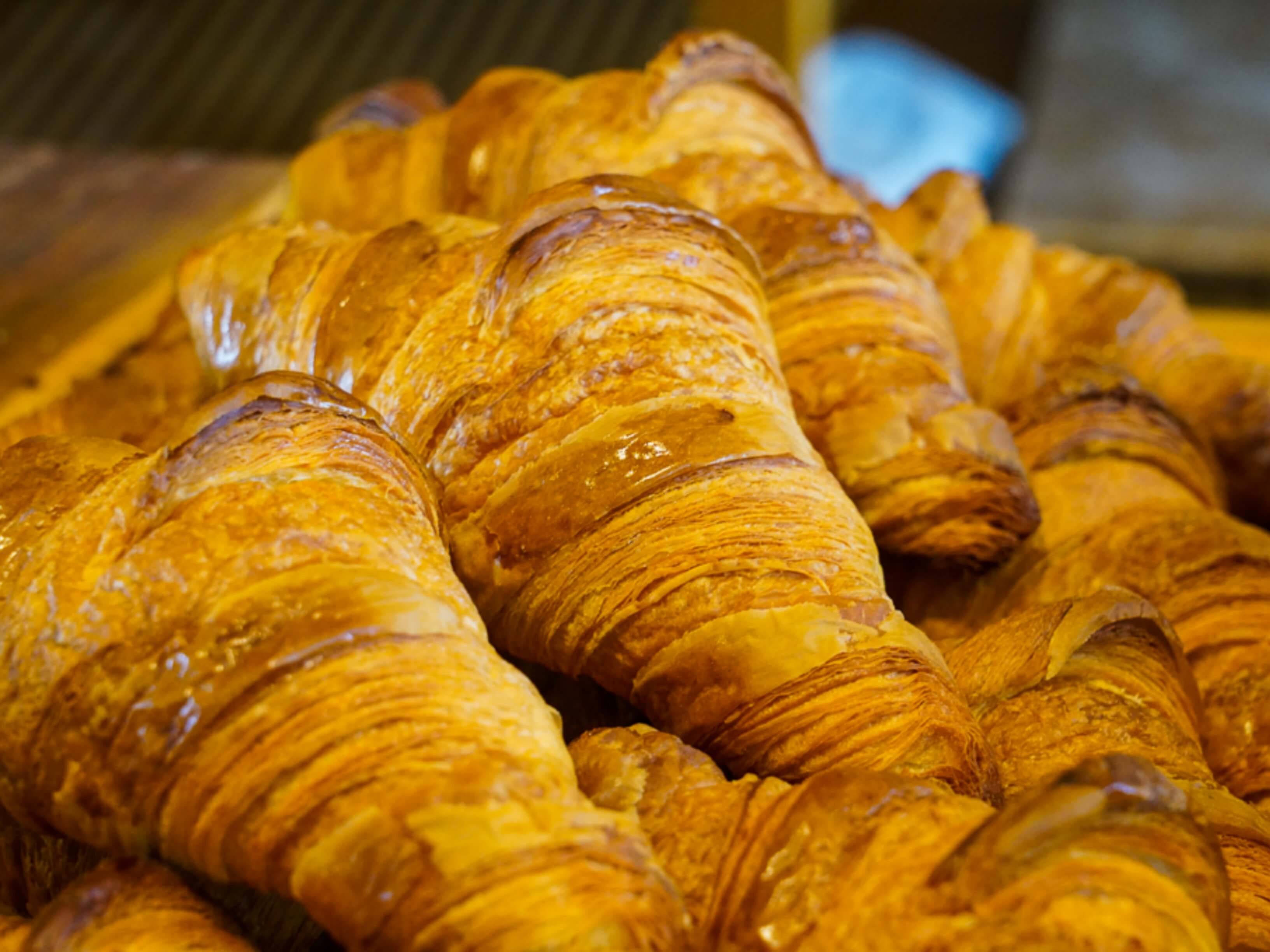 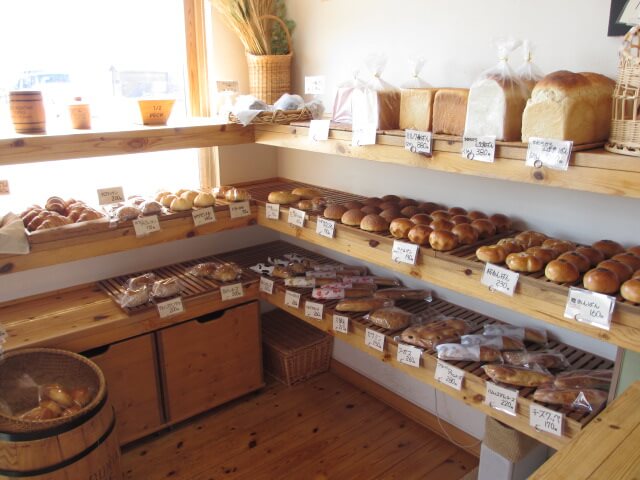 We owe so much to Biei's wheat—from its contribution to our famous landscape to filling our bellies. Come and see its charms for yourself!