We love asparagus here in Biei. It is one of our top exports and is among the tastiest you'll find in Japan. It has been grown in Biei for an estimated 40 years.

In warm weather, the buds on the asparagus head open and the plant becomes inedible. As such, the crop does not do well in warm or humid areas, which rules out much of Japan. On the other hand, cool temperatures in Biei mean that they grow particularly well, here. What's more, there is a significant temperature difference between night and day in Biei, with night time temperatures in spring sometimes still dropping below zero. Vegetables bolster their sugar content in response to avoid freezing, which is why Biei's asparagus, grown in spring, are particularly delicious! 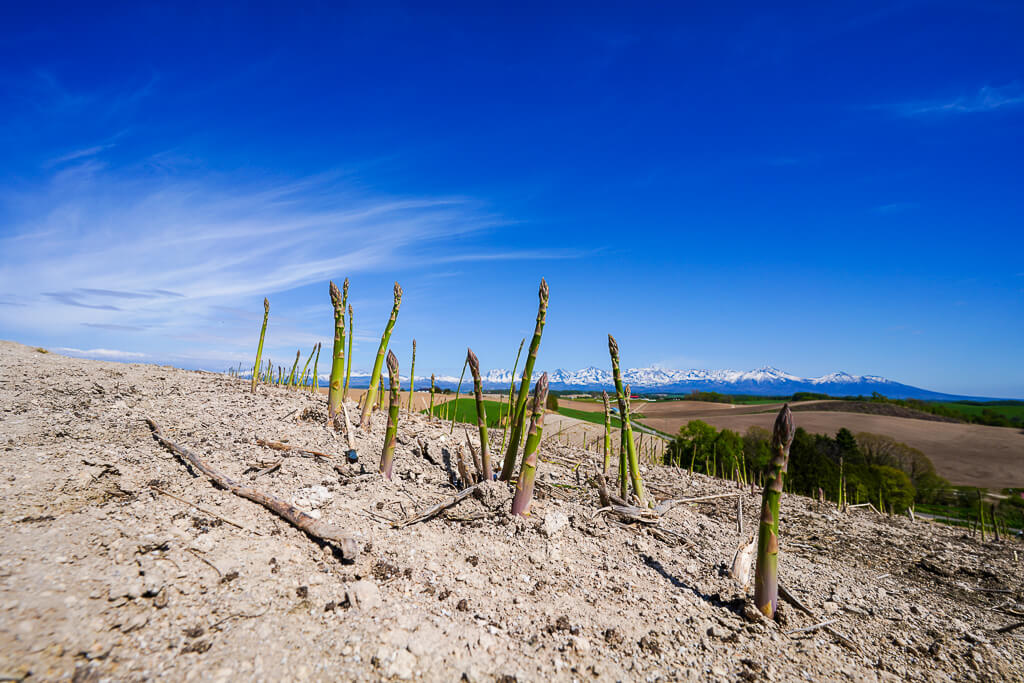 1Asparagus is challenging to grow

Biei's asparagus farmers have their work cut out for them. Asparagus is one of the most difficult crops to grow. It takes about three years from seed before the plant is finally able to start producing edible stems. Many attempts to grow the plant from seed also end in failure. Because it is so hard to grow from seed, many farmers take a section from an established root. Even then, there is no guarantee that the root will take. Only established roots will yield big, thick stems so the first harvestable plants are tiny—only about the thickness of a pencil! 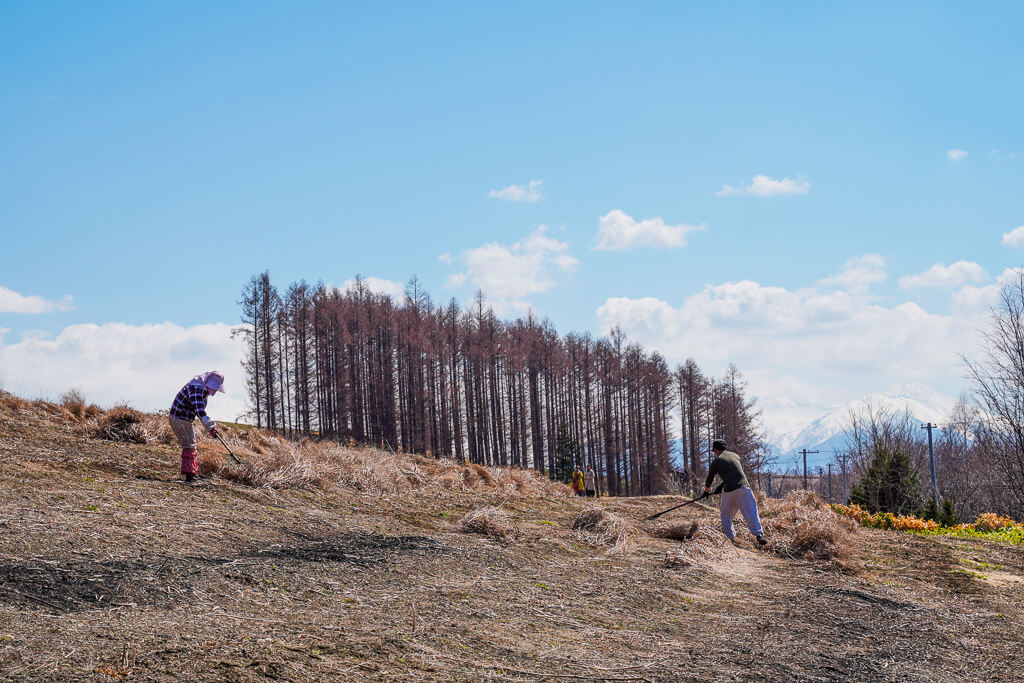 The life cycle of an asparagus plant is very long. As soon as the snow melts, farmers must tend to the plants. The first stage is to cut down and dispose of the old stalks from the year before so that the new asparagus stems don't have to compete for light. Once the field has been cleared, farmers have to start spreading manure and other fertilisers, ready to nourish the asparagus root, weakened by the previous year's harvest. 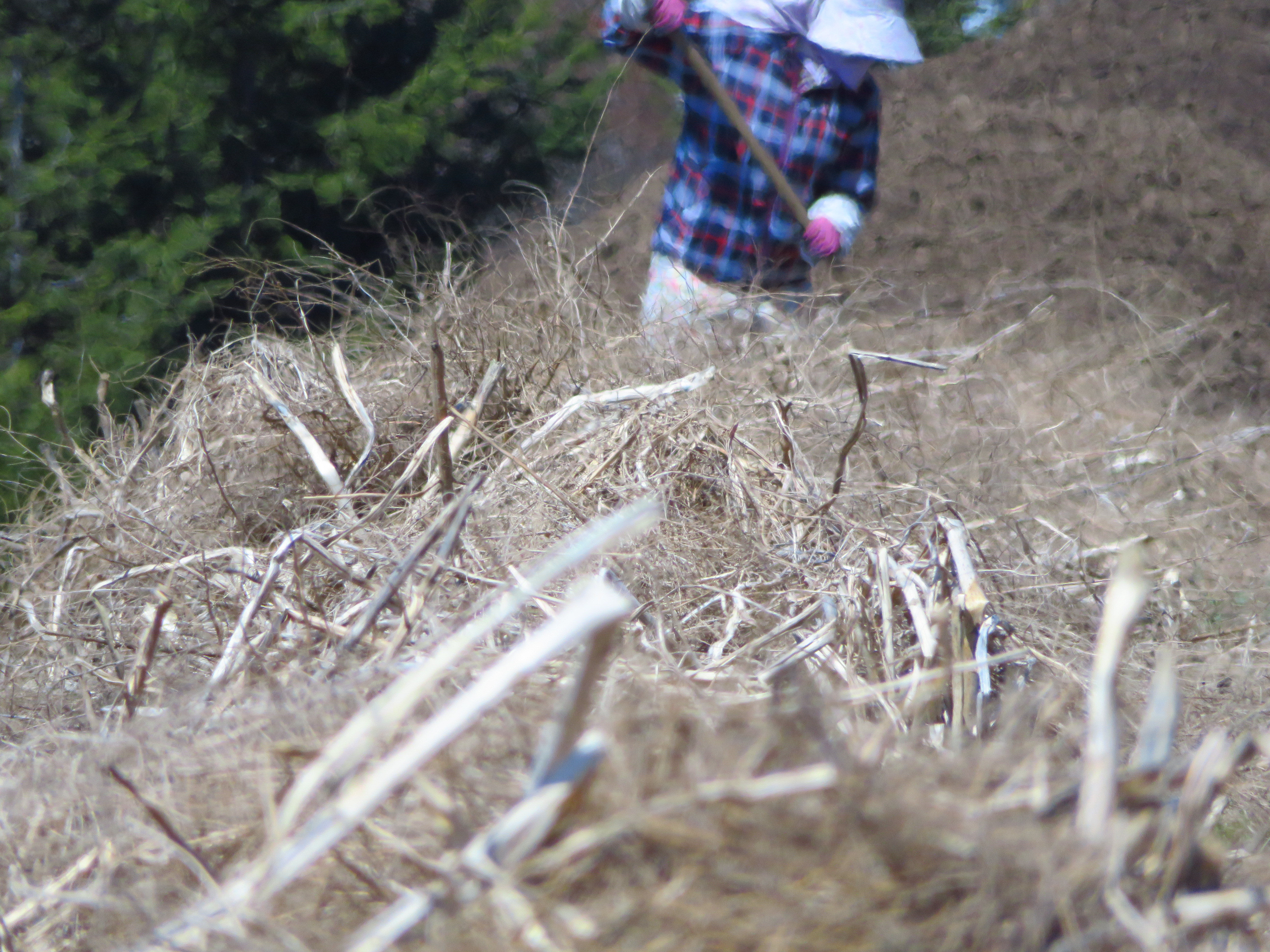 As if all the forward planning wasn't difficult enough, asparagus also get sick very easily. Not only that, but they can bend or snap in high winds.

Farmers have to do such a lot of work to make sure Biei's asparagus stay delicious! They really are remarkable people.

The first asparagus “season” in Biei usually starts at the end of April when the weather is warm enough to begin growing asparagus in polytunnels. April is still pretty cold in Biei with many days below 10oC so you might think that the asparagus have a hard time. In fact, during the day the polytunnels can be hotter than 30oC inside! The asparagus stay nice and warm.

Come early May, the weather has warmed up significantly and the snow has well and truly disappeared from the hills. Around this time, the first signs of fresh, field-grown asparagus begin to show. 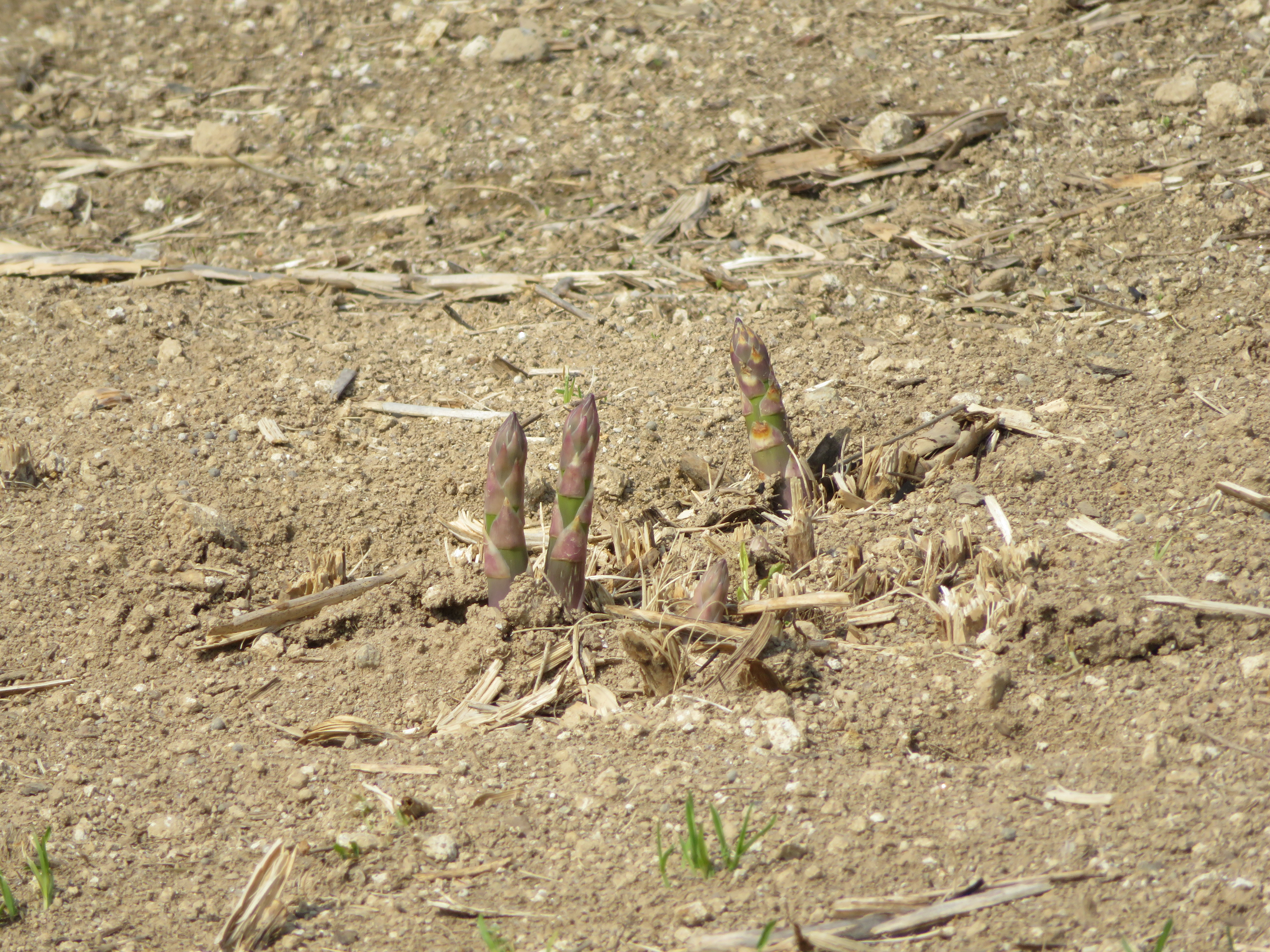 This season lasts until about early-mid June, and is considered to be the main asparagus “season”. So, if you want to eat asparagus in Biei, between May and June is the best time! 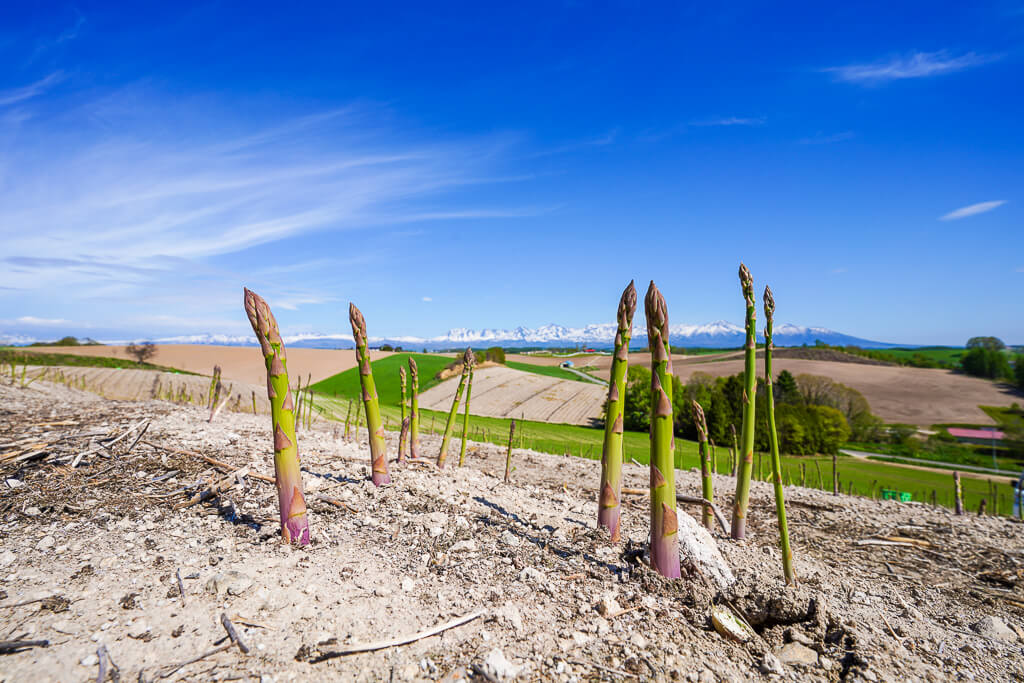 Where are the best places to enjoy eating asparagus during the peak season? Take a look at this list of some of Biei's best asparagus gourmet.

3They take time to harvest

How do you harvest the delicate stems of asparagus? 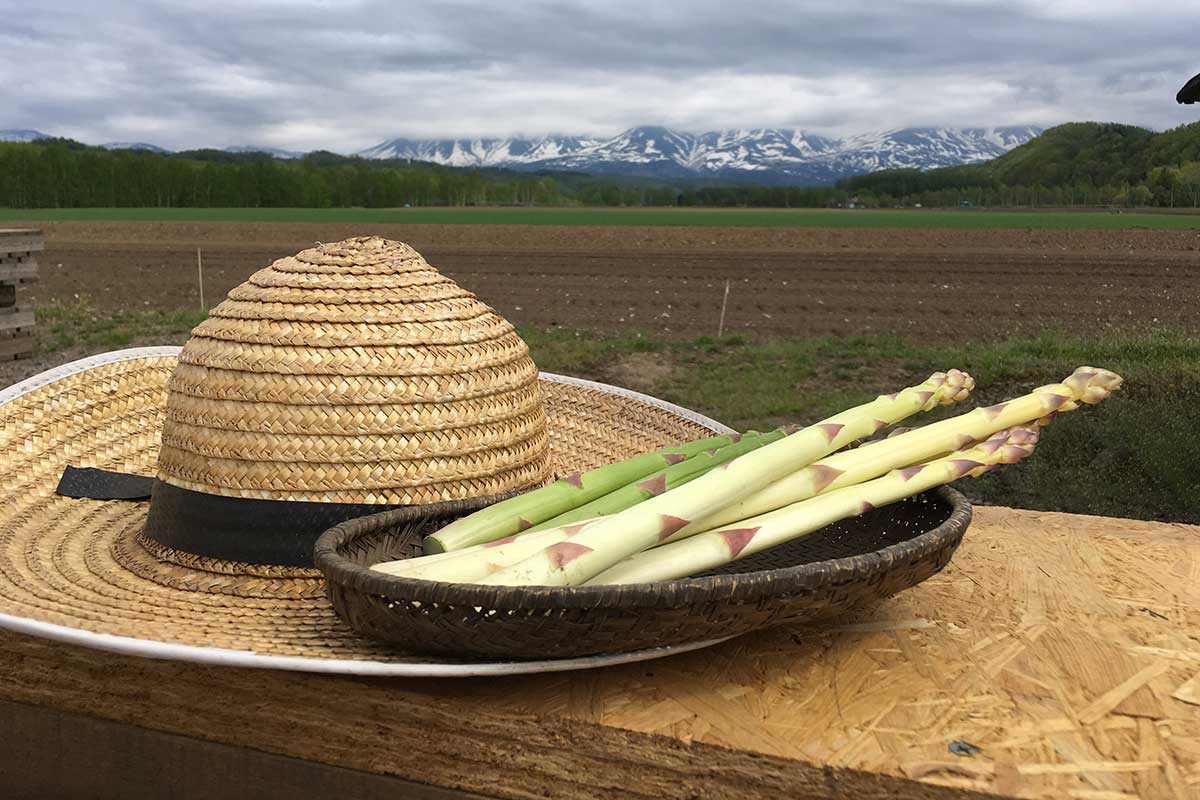 As the roots take such a long time to become strong, farmers can only harvest asparagus for one week in their first year to avoid killing the plant. The following year, they can only harvest for two weeks, then for three weeks and so on.

Biei's steep hills mean that using machinery to harvest asparagus is actually not that effective and could potentially damage the soil and the plants. It takes such a long time for asparagus to mature into a harvestable state that ruining the crop by being so heavy handed would be a real shame!

Using small hand-held electric tools to harvest is also not ideal. Asparagus fields are huge and with such a lot of ground to cover, handheld tools can fast run out of battery. 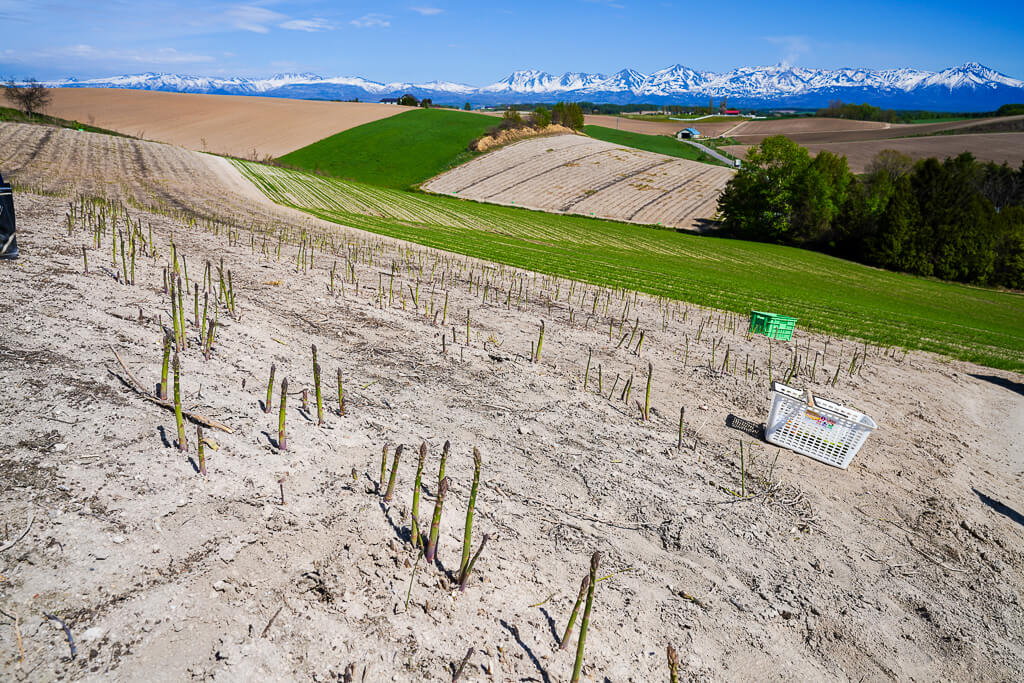 Instead, the fastest way to harvest Biei's asparagus is with tactile human hands. Using a sickle or a small blade, farmers cut the asparagus off from the rest of the plant. That's easier said than done, though, as the stems of asparagus are very fibrous and so are much tougher than they look. Farmers must also cut with care so as not to break or scratch the stems as this reduces their value, as does cutting them to any size outside of the industry standard. As you can imagine, this is very hard work. Bending down in the field all the time must also be tough on your back! 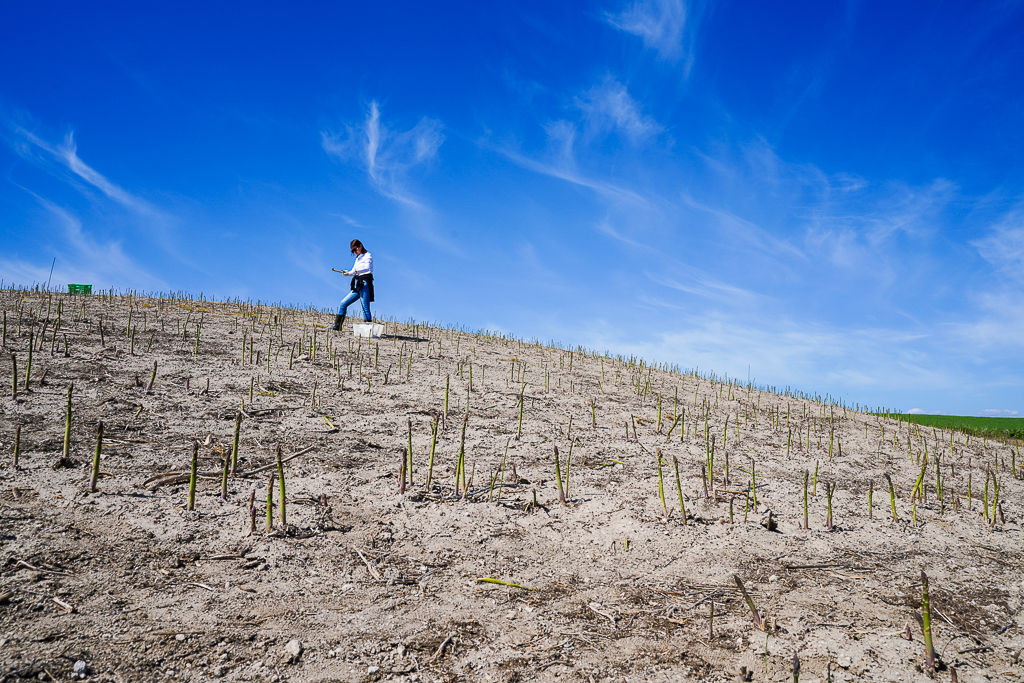 What a lot of work for such a small crop! But it just goes to show how Biei's farmers are working very hard to provide us with a crop that is so beloved. Now I think we can all finally understand why everyone loves Biei's asparagus so much-- they are the flavour of love, diligence and great care.

Dates
Mid May ~ End of June