The Daisetsuzan area in central Hokkaido was declared a national park in 1934. Under the protection of the Japanese government, nature has thrived here for many years and it is one of the most beautifully preserved natural areas in all of Japan. How lucky that Biei lies right on its doorstep!

The Daisetsuzan mountains have been important to humans in Hokkaido for centuries. The indigenous Ainu people of Hokkaido have long revered the Daisetsuzan group as a sacred place. In the Ainu language it is called "Nutap Kamuy Sir" or "Nutap Ka Us Pe" which mean "the mountains towering over the great wetlands". But because of its sweeping views and diverse wildlife, it is known affectionately by another name-- “Kamuy Mintar”, which translates to “God's playground” in English.

This enormous national park covers a total of 2,268 km²! Wow! That makes it over three times the size of Tokyo. You'd need to be in space to see it all, but luckily in Biei we have a great view of the western side of the national park-- the Tokachi Mountain Range. You can see these amazing mountains from many places in Biei! 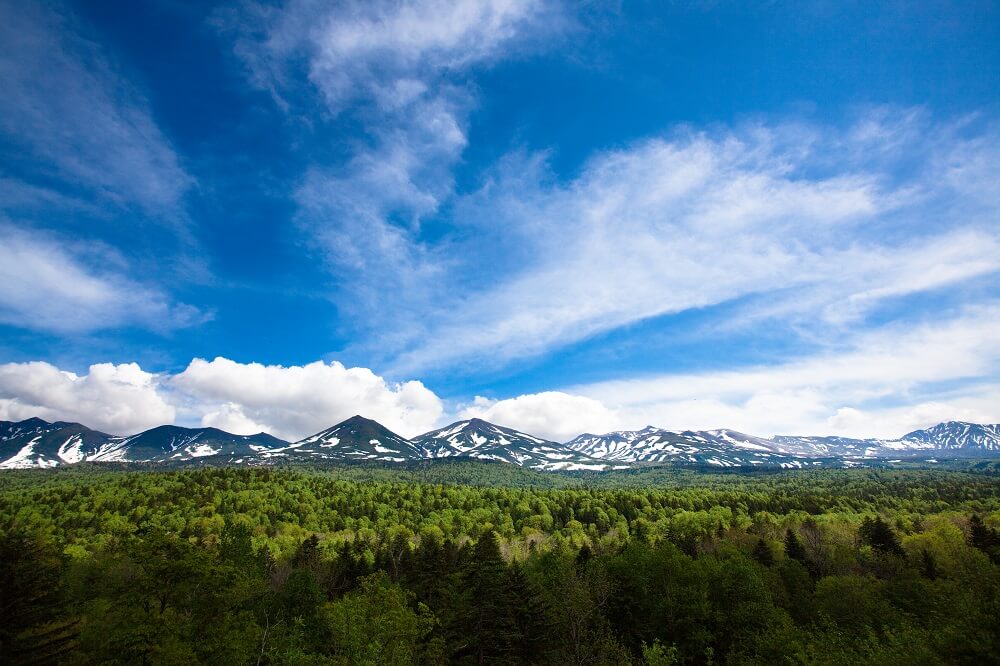 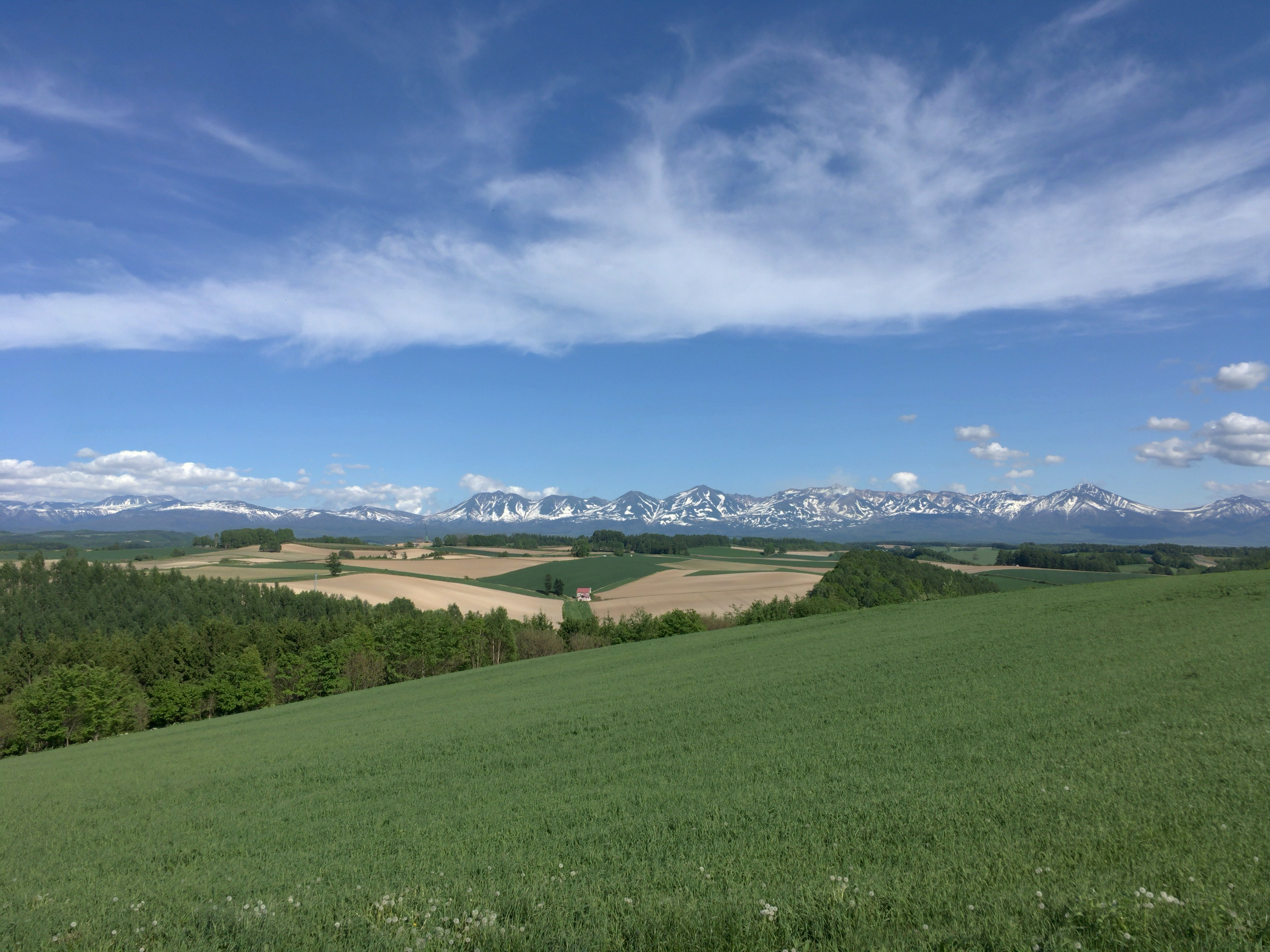 The mountains look so beautiful in all seasons!

The limits of Daisetsuzan National Park in Biei begin just beyond Shirogane Onsen. From there, a stretch of it extends from north to south across the outer limit of Biei town. Because Biei is so close to the park, the town has long had a special connection with it. In fact, we owe our famous rolling hills to the mountains of Daisetsuzan National Park. They were created when the mountains of the national park erupted violently many millions of years ago, leaving behind volcanic deposits that cooled to form the scenery we know today. So, it's only natural that when the mountain's hiking routes open in June, Biei residents enjoy getting close to the volcano that gave birth to our town's special scenery. 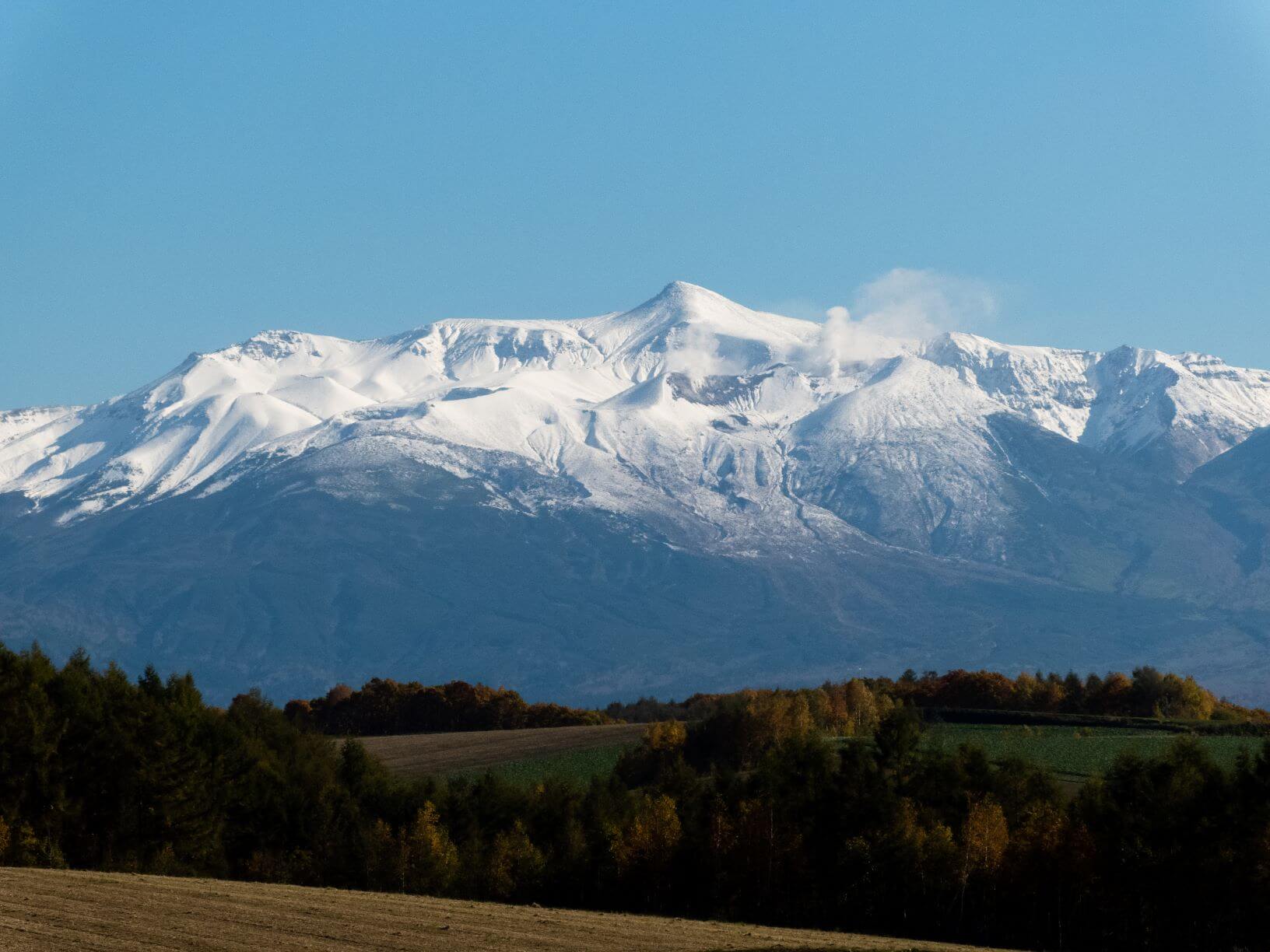 An easy drive takes you up to the Mt. Tokachi observation platform, from where you can pick up hiking and walking trails around the volcano. Of course, Mt. Tokachi is an active volcano so you cannot get too close to the crater but the hiking routes take you around a landscape that is quite different from the green rolling hills far below. 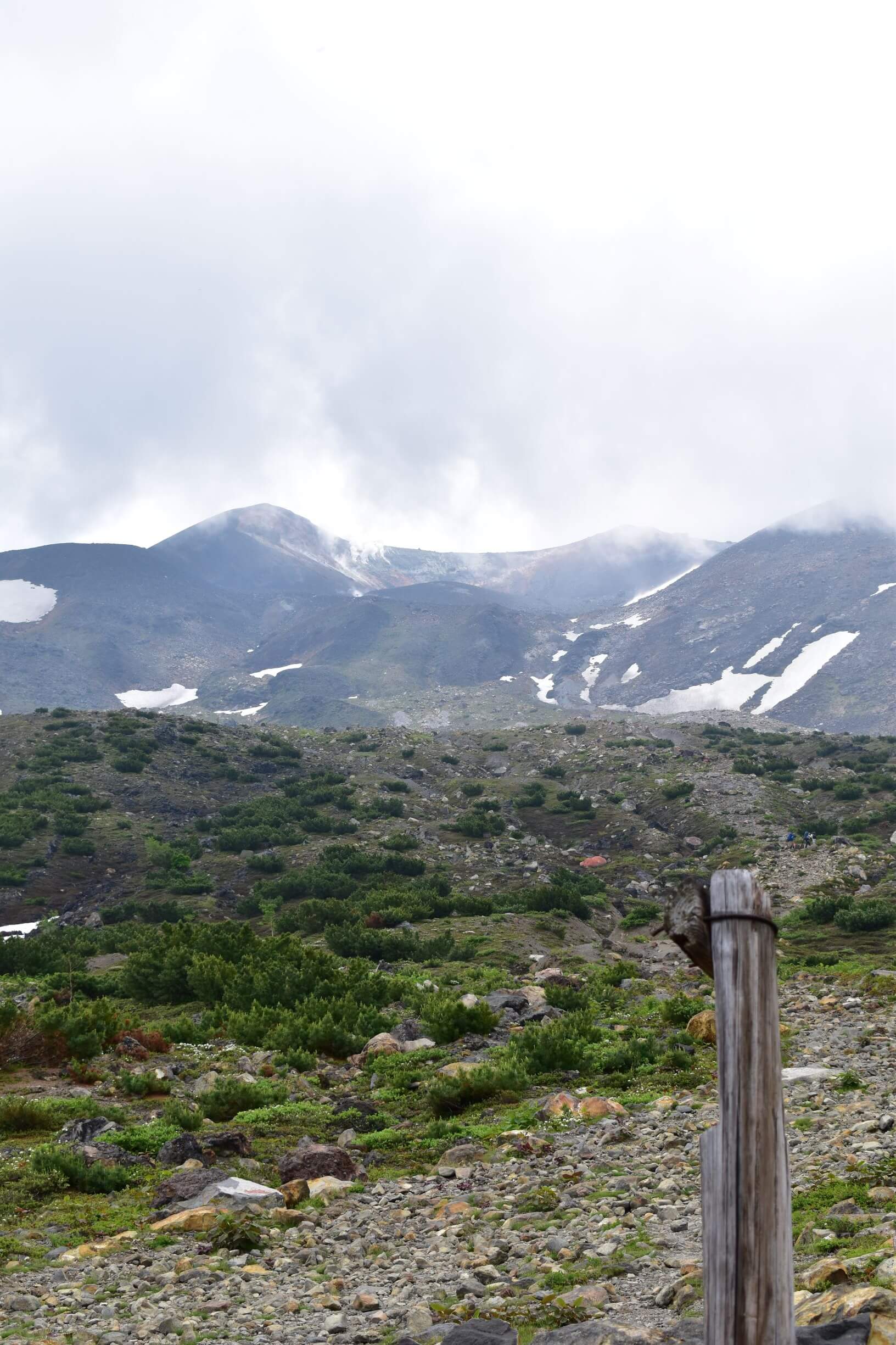 Are we still in Biei? This looks like we could be on another planet! 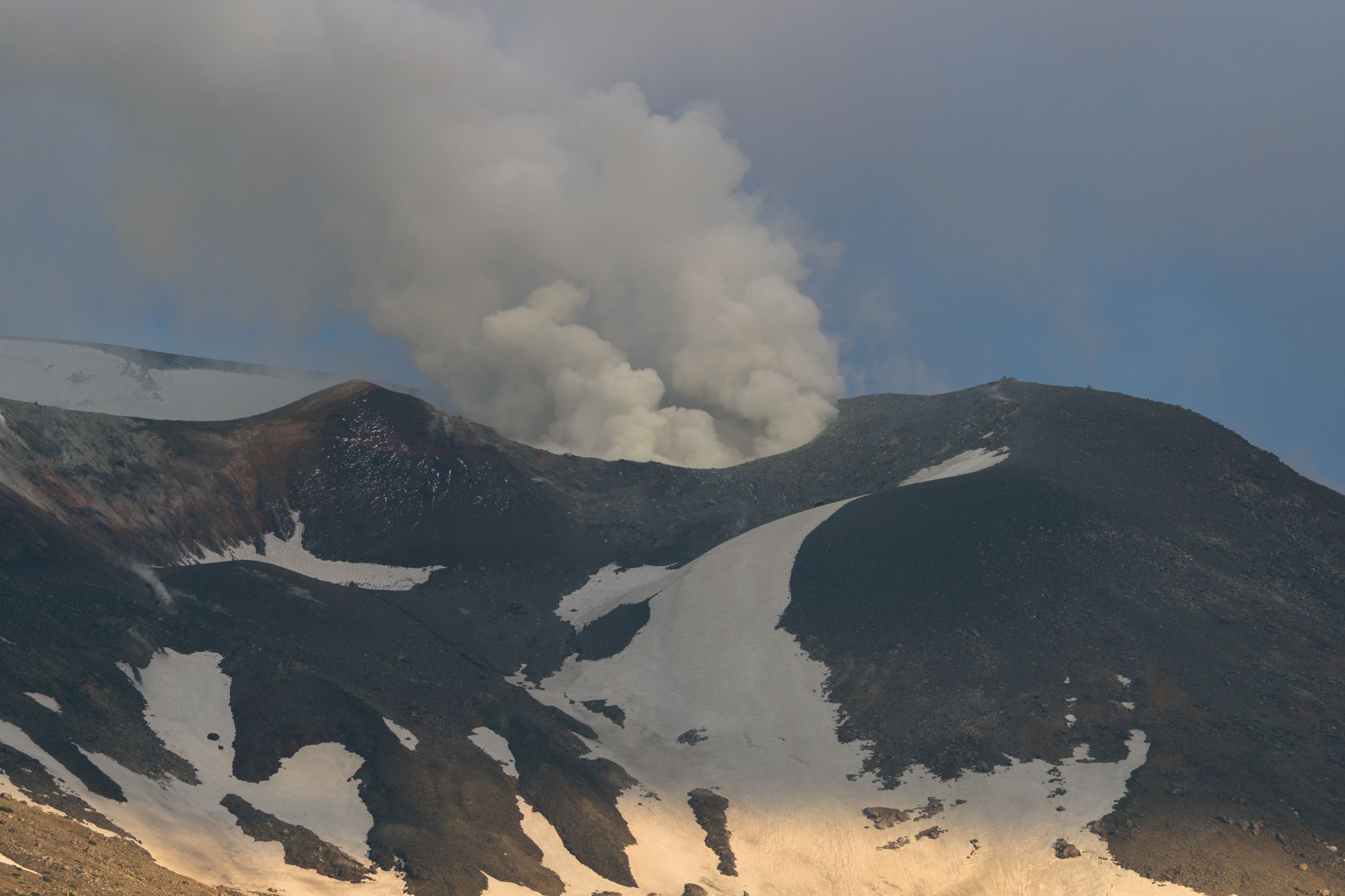 One of Mt. Tokachi's many smoking craters. The raw power of our Earth is amazing to see up close.

It also feels so good to see the whole of Biei far away in the distance! 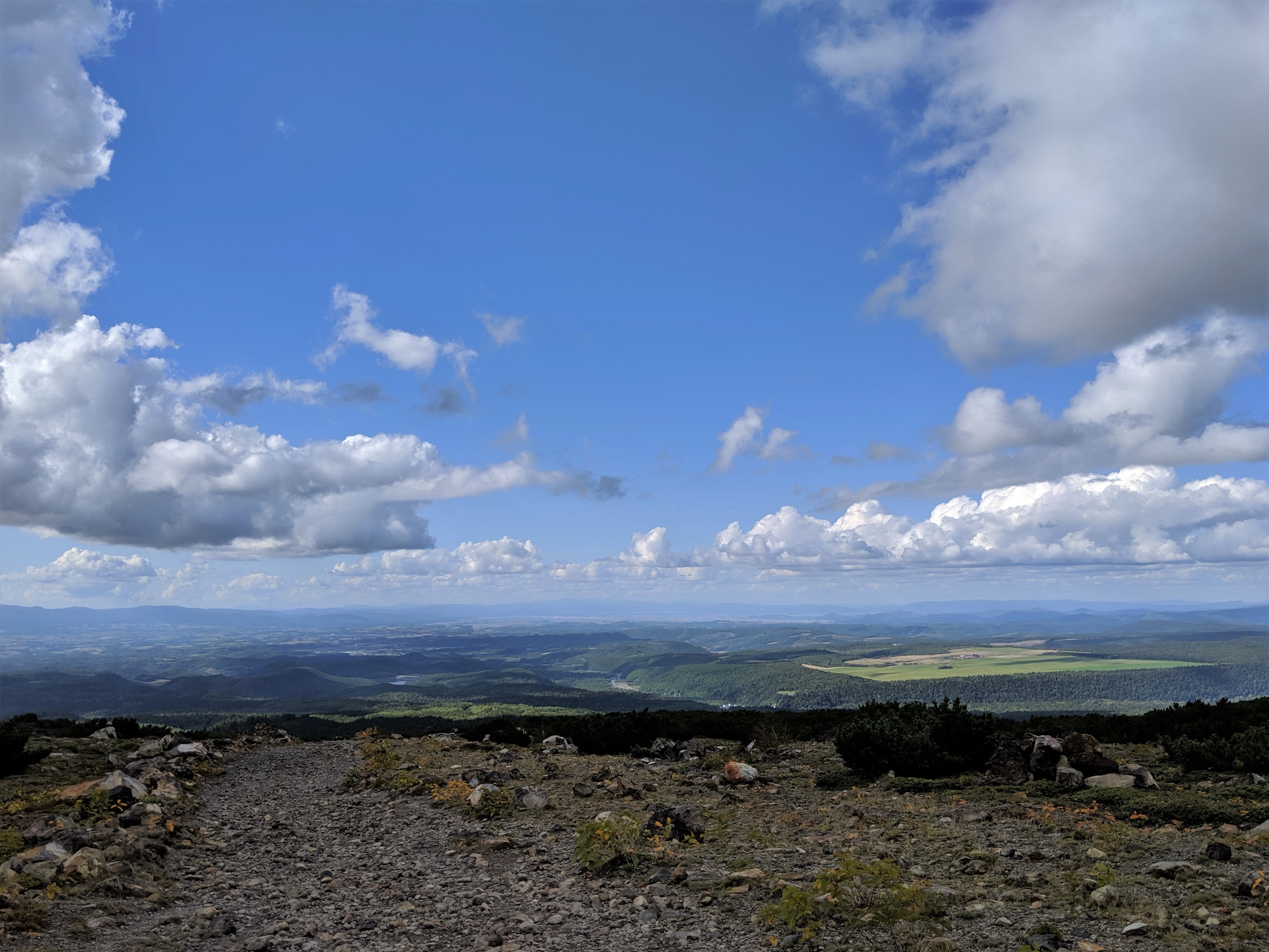 Hey, I can see my house from here!

The mountains look amazing this close, and you also have a great view of Mt. Asahi. 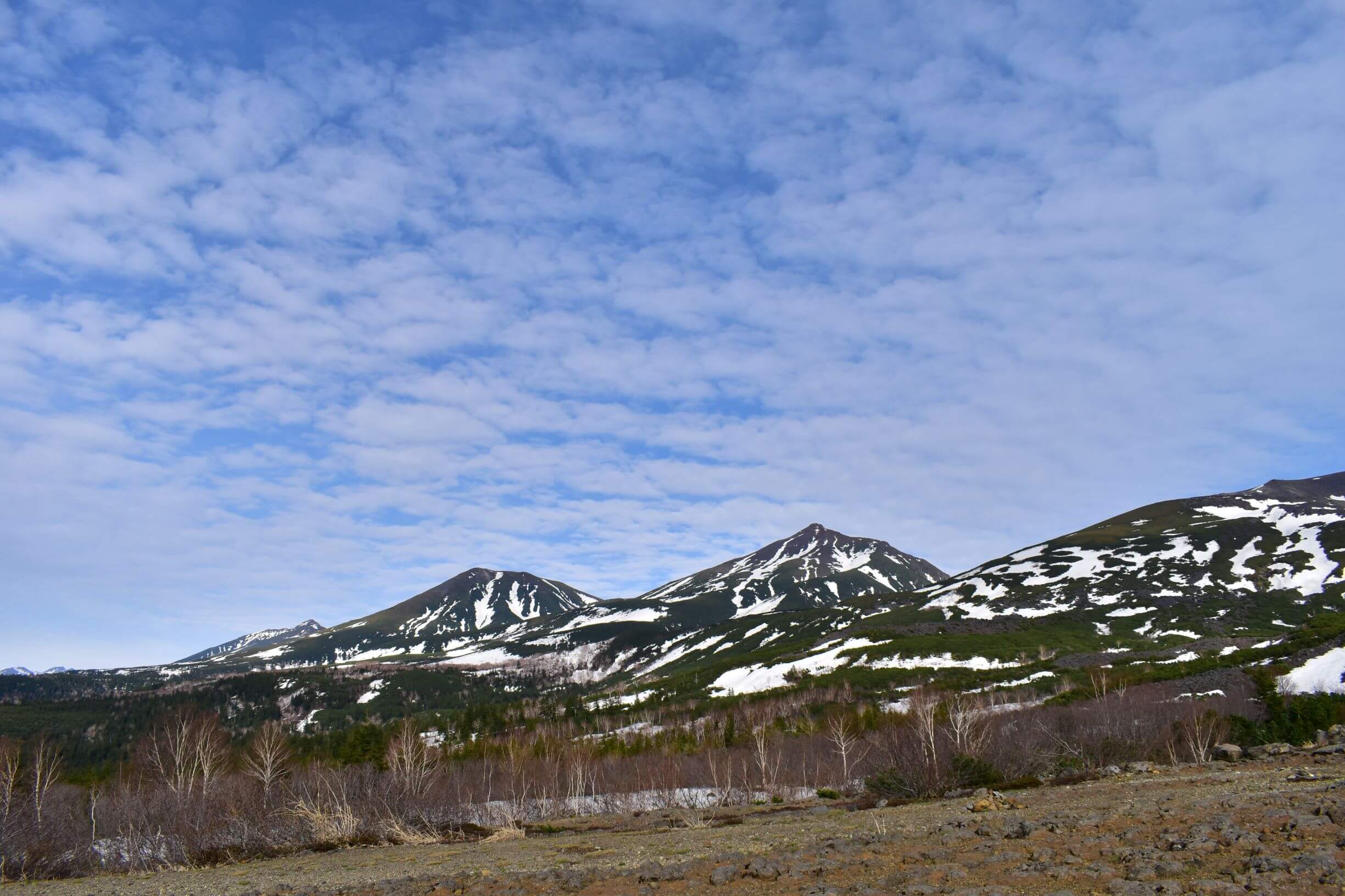 (From left to right) Biei Fuji, Mt. Biei and the slopes of Mt. Tokachi. They sure do look different up close! 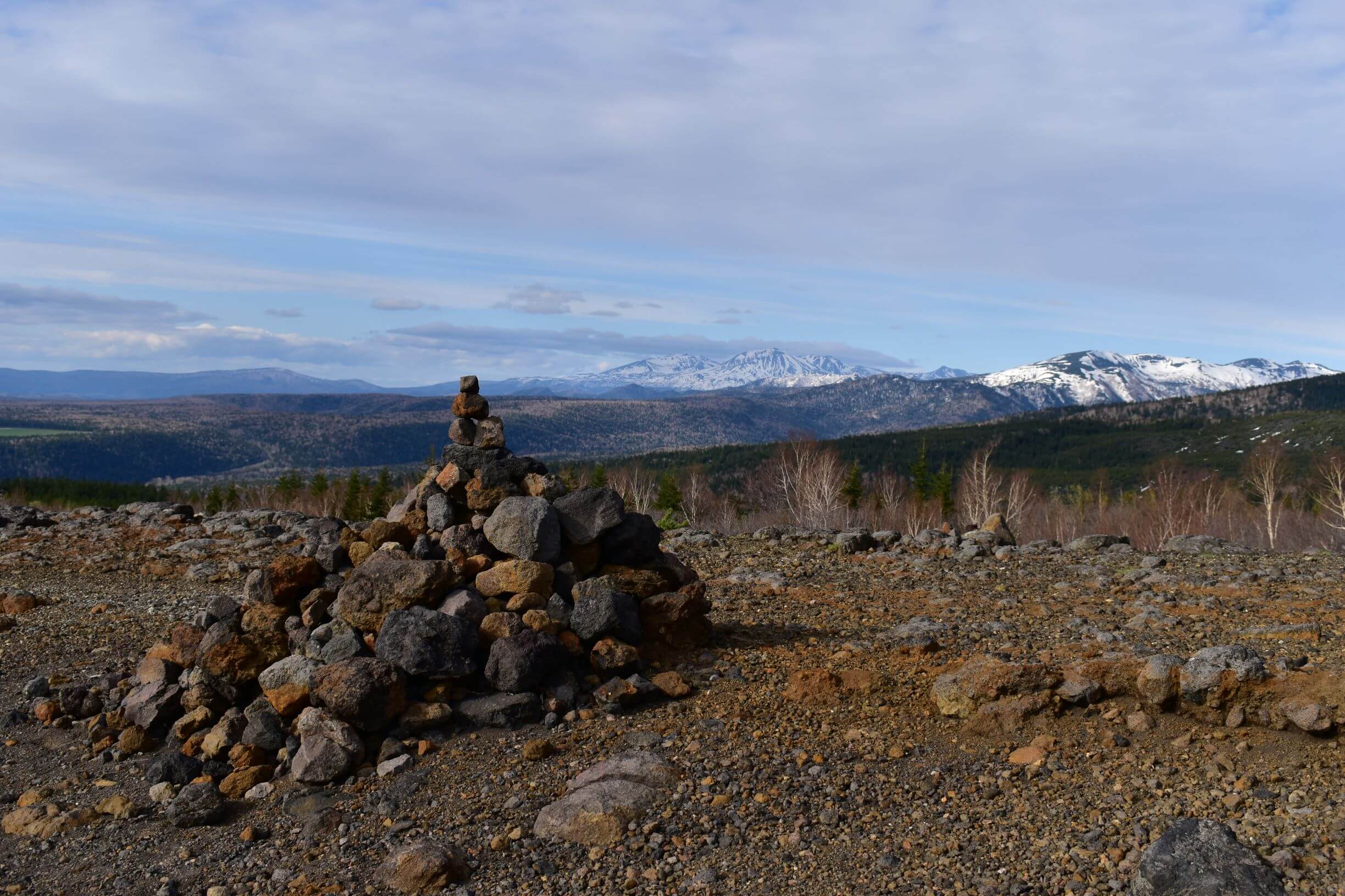 Mt. Asahi in the distance, the tallest peak in Hokkaido.

But the views and the great hiking aren't the only things to look forward to on the mountain. There is a lot of fantastic wildlife to be found up here, too! Like this little fellow, for instance…

This is a Northern Pika. Hokkaido is the only place it can be found in Japan. Its name in Japanese means “crying rabbit” because of its loud, shrill call! Many Japanese nature lovers come to Daisetsuzan National Park in search of these cute critters, listening intently for their calls and keeping their eyes on the rocky scree piles where they live. Northern Pikas don't like to stray too far from their nest, so once you figure out where one lives, all you have to do is keep your eyes on that spot and be patient long enough for them to emerge!

There are also many alpine flowers and plants that can be found on Mt. Tokachi. 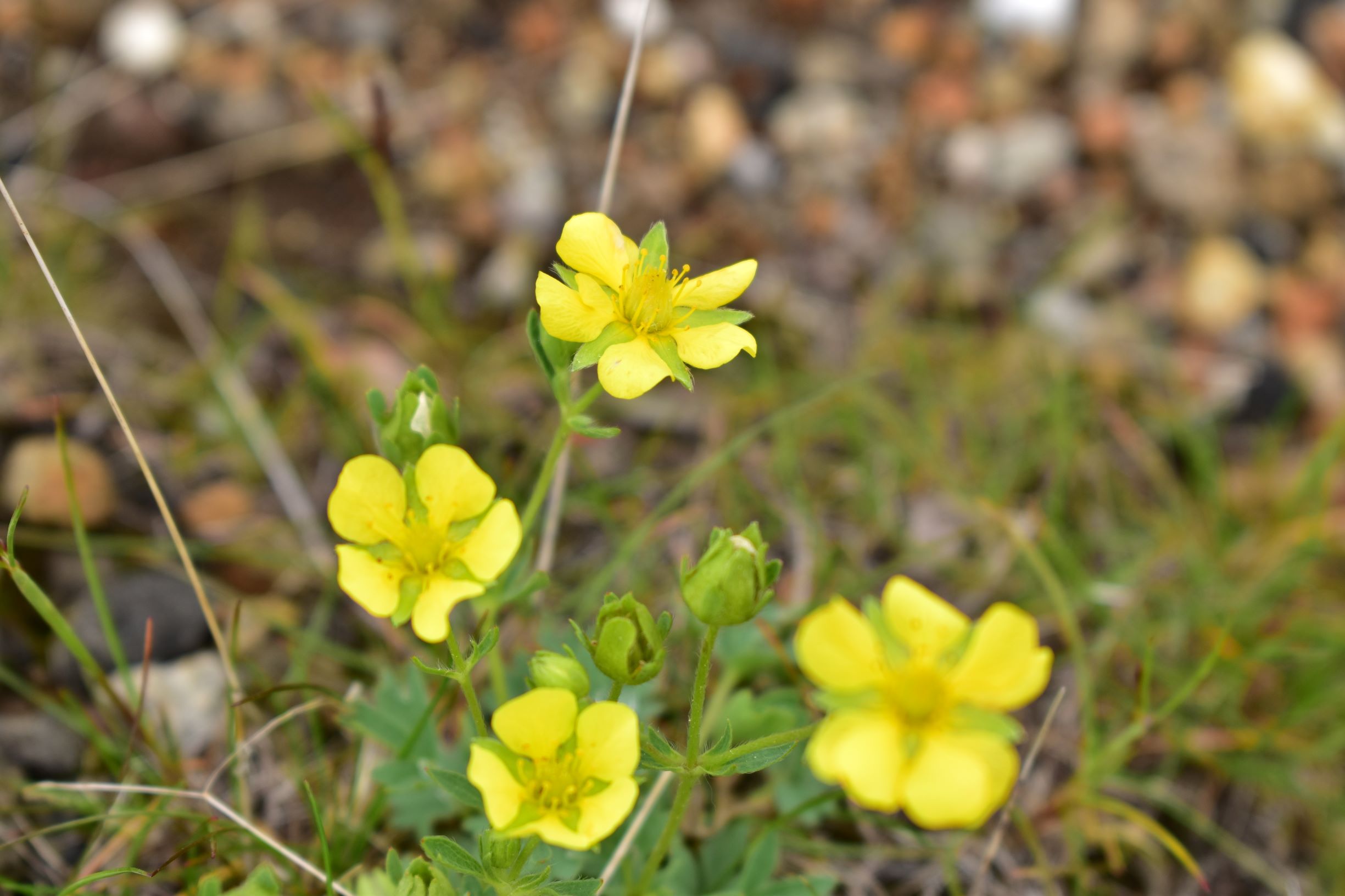 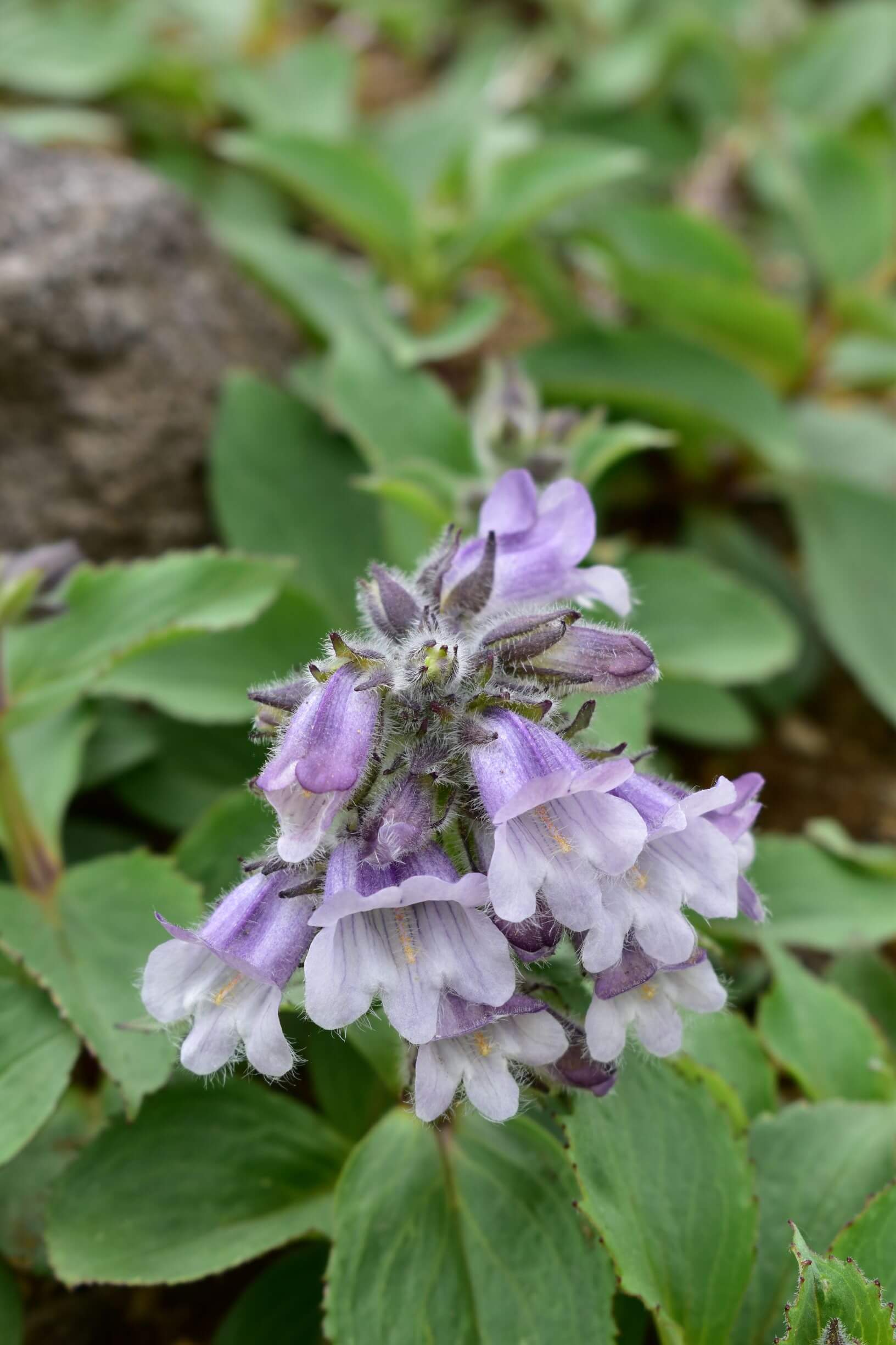 As well as many other curiosities… Can you guess what these are? 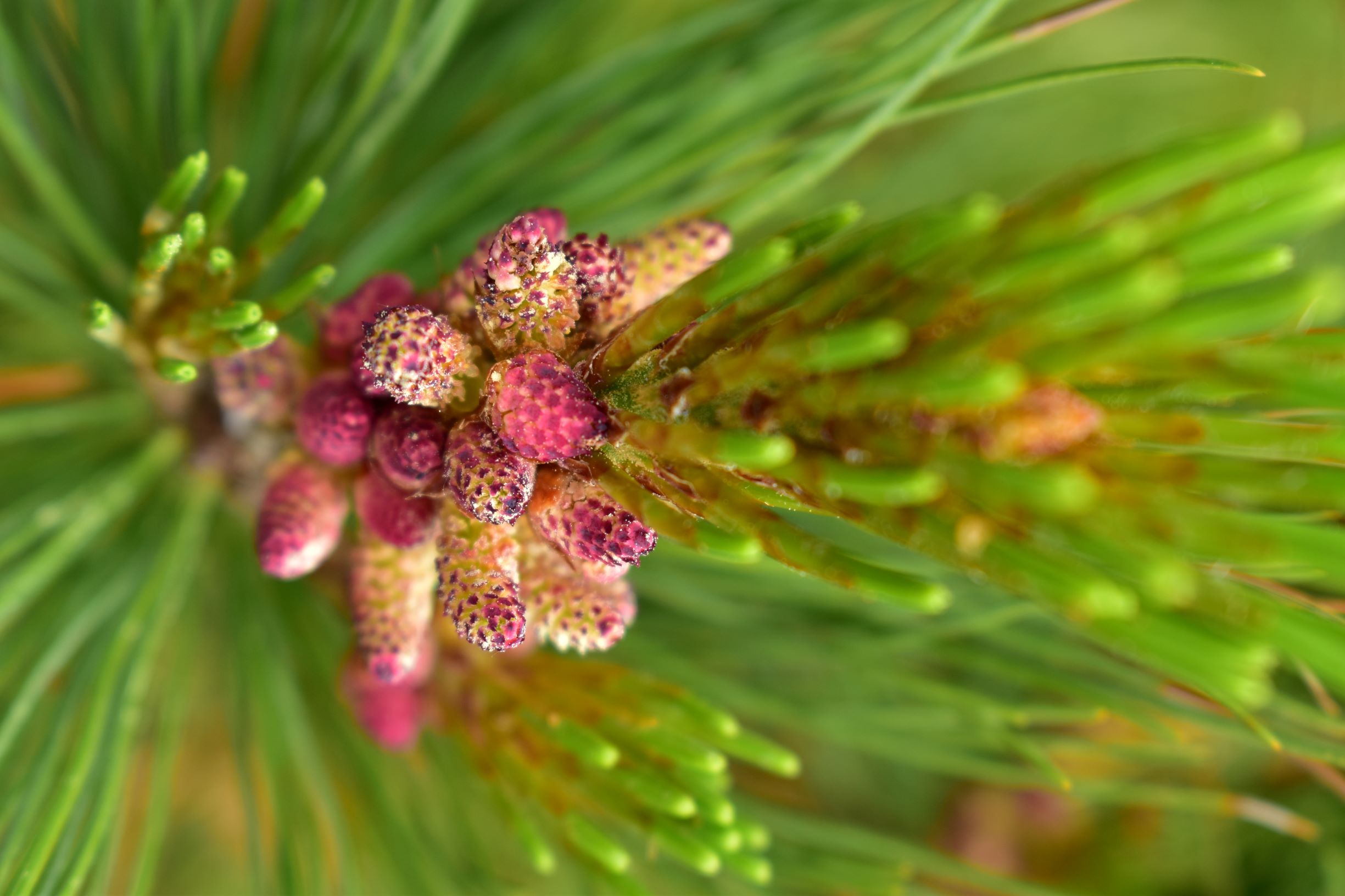 These are in fact pine flowers! Pine trees are usually so tall at ground level that you can't see where their flowers grow. But here on Mt. Tokachi, the pine trees can't grow tall due to high winds and volcanic eruptions. So, their bright pink flowers stick out clear as day against their green branches.

Of course, if climbing isn't your thing, you don't have to climb Mt. Tokachi to enjoy Daisetsuzan National Park in Biei. There is plenty of beauty at ground-level, too! This tree, for example, is 900 years old. It is known as “the God of the Forest”.

There is certainly something special about it—it's strange to think that this tree was here long before you and I were born and that it will still be here after you and I have gone, too. There is a short walk through the forest that you can take to reach the tree, but if you'd rather spare your legs then there is a free parking lot located just a few metres from it.

The forests beyond Shirogane Onsen are also great for a pleasant stroll if you want to enjoy the national park without hiking and there are many simple walking routes through the trees (but make sure you pick up a map beforehand as there are very few signposts in the forest). Here, too, there are many beautiful species of plants and if you keep your eyes peeled, you might also see many species of birds and animals!

It's easy to see now why Daisetsuzan National Park is called God's Playground. The natural beauty all around you truly makes it seem as if you have entered another world.

Why not make the most out of your trip and explore Hokkaido's largest national park with a Biei local? Take a look at some of our experience plans held in the national park, with a licensed Biei nature guide as your leader! 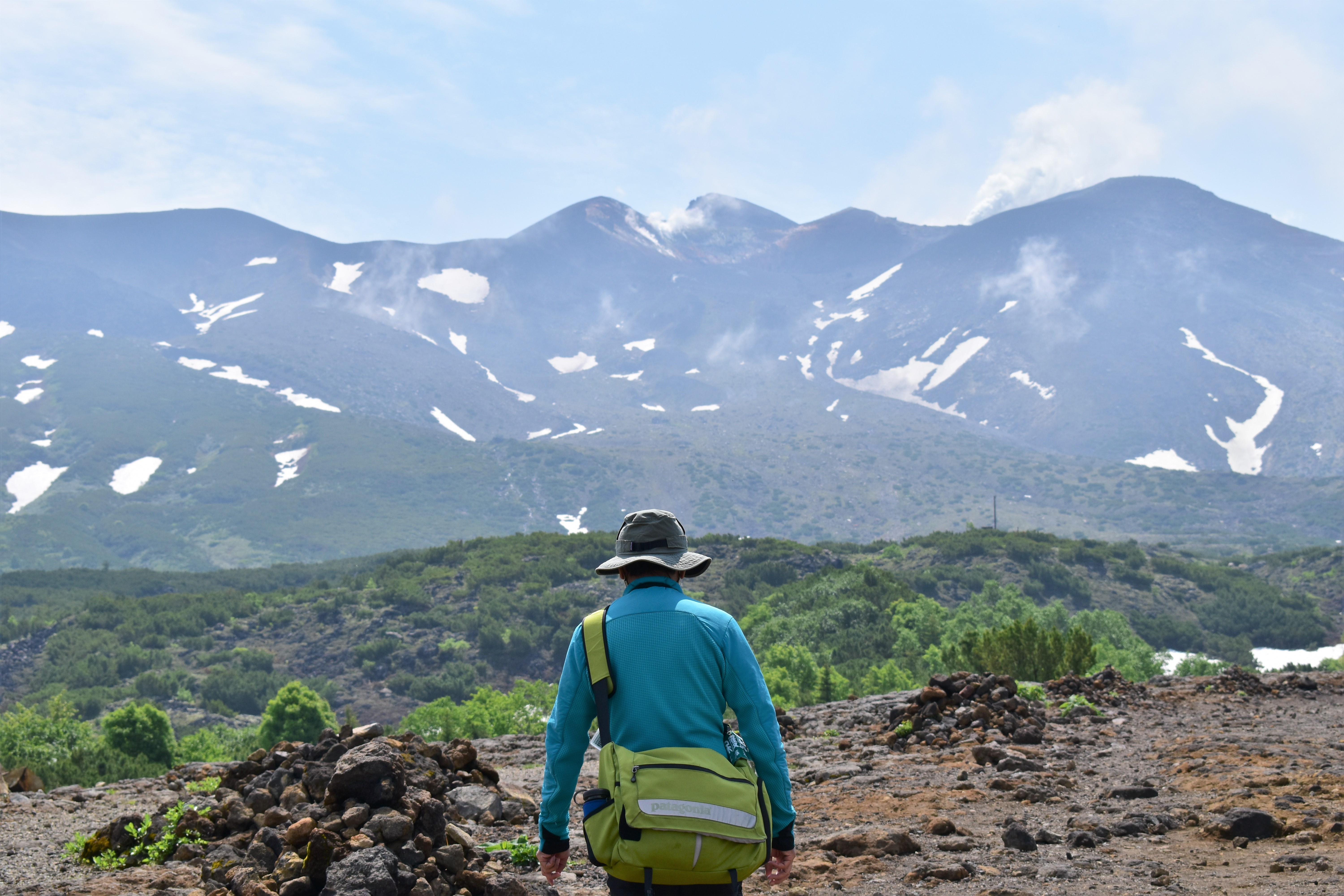